The order came down the same day the Pennsylvania Board of Law Examiners announced the July bar exam was being moved to September.

In light of the Pennsylvania Board of Law Examiners’ decision to postpone the July bar exam until September, the state Supreme Court on Tuesday said law school graduates who had applied to sit for the exam may “temporarily engage in the limited practice of law,” including advising clients under the watchful eye of a supervising attorney.

According to the order, eligibility to practice as a limited licensee requires having graduated from an American Bar Association-accredited law school with a juris doctor degree and having never failed the bar exam before.

Eligible limited licensees must also have already applied to sit for the July bar exam and must meet the character and fitness requirements of the Pennsylvania Board of Law Examiners.

The justices’ order also said that limited licensees are required to be supervised by an actively practicing member of the Pennsylvania bar.

The supervising attorney, according to the order, cannot oversee more than two limited licensees and “shall assume personal professional responsibility for ensuring that the 2020 limited licensee’s legal work is competent and compliant with the Pennsylvania Rules of Professional Conduct.”

In addition to advising clients, according to the order, limited licensees “may prepare documents on behalf of a client, including documents that will be filed in a court, administrative tribunal or agency of the commonwealth,” as long as they include the supervising attorney’s signature.

The order also allows limited licensees to “appear for any activity subsumed within the practice of law,” as long as their supervising attorney is also present.

In a statement released in conjunction with the Supreme Court’s order and the announcement of the new bar exam dates, PBLE chair David Fine said, “The board believes this order represents an appropriate balance between the need to ensure that the public is represented competently, the particular need for additional lawyers to assist the public in matters related to or arising from the pandemic, and the need for graduating law students to start the careers for which they have worked and invested so much.”

Zack Needles is Global Managing Editor, Regional Brands at ALM. He is also the Managing Editor of The Legal Intelligencer, Pennsylvania Law Weekly, Delaware Business Court Insider and Delaware Law Weekly. Contact him at 215-557-2373 or zneedles@alm.com. On Twitter: @ZackNeedlesTLI. 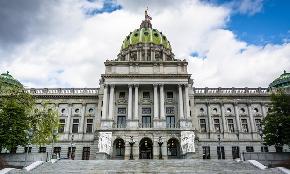 Gov. Tom Wolf on May 21 signed House Bill 327 to allow the temporary sale of cocktails-to-go from bars, restaurants or hotels with a liquor license. The law takes effect immediately. 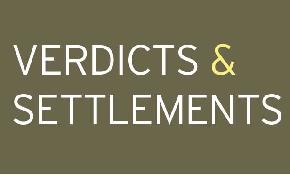 On June 18, 2014, plaintiff Jeanette Nadwodny, an executive assistant in her late 40s, was walking on a concrete walkway at 1536 N. Pleasantview Road in Sanatoga. She tripped and fell. Nadwodny suffered a fracture of her finger.

Montgomery County Court Rules provides you with the most current and comprehensive coverage of newly adopted, amended and rescinded rules in the county, along with editor...