"Any time that people are being treated unfairly, not based on what they can contribute, not based on how good a teacher they are or how good a pharmacist they are, any time we're not evaluating people based on their performance and based on some immutable characteristic, I think it's wrong," attorney Nancy Erika Smith said.

Should workers be allowed to sue their employers for discrimination based on weight?

A bill introduced in the New Jersey Senate would amend the state’s Law Against Discrimination to add weight and height as protected classes. But the measure elicits widely varying reactions among employment lawyers.

The bill, S-2741, introduced June 2 and referred to the Senate Labor Committee, was modeled after a law in Michigan, which is the only state to protect employees from weight discrimination in the workplace. Sen. Andrew Zwicker, D-Mercer, introduced the bill, which has been joined by an Assembly version of the measure.

Right now, lawyers said discrimination based on one’s weight is not actionable in New Jersey unless it’s linked to a health condition, and there’s no remedy for those who complain of discrimination for being overweight alone. But that leaves some people unable to see redress after facing weight-related discrimination, some lawyers said.

Kevin Costello of Costello & Mains in Mount Laurel said every year his plaintiff-side employment law firm gets about 200 phone calls from prospective clients seeking representation for discrimination based on weight. But the current state of the law means those people are without a remedy, Costello said.

“Do I think [the legislation] will create a lot of litigation? No. Do I think it will create an avenue for people who experience discrimination because other people don’t like their weight? Sure,” Costello said. 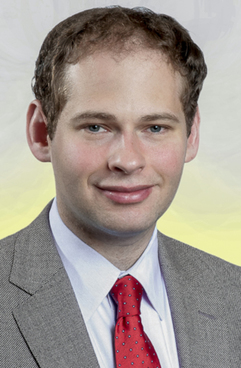 But other attorneys feel less strongly about the need for such a bill, such as Harris Freier, a defense-side employment lawyer at Genova Burns in Newark.

If the bill is voted into law, “it’s going to be one more grounds to sue. It’s going to be added to employment suits going forward,” said Freier. “Right now most people in the state, if they ever have an issue at work, they can relate it to a protected class already. I’m not sure if it’s going to increase significantly who can sue in New Jersey because right now I think they’ve made it so almost everyone can. But I think it will show up in causes of action. Someone will say they were terminated, not only based on age or disability, but also based on their weight.”

Freier said the legislation appears to be a response to a 2019 Appellate Division ruling, Dickson v. Community Bus Lines. In that case, concerning a bus driver who weighed between 500 and 600 pounds and complained of taunts about his weight from other employees. The court ruled that his obesity was not the result of a bodily injury, birth defect or illness, and therefore he could not bring a Law Against Discrimination claim.

“Just being overweight, not linked to a health condition, is not considered a disability. This would get rid of that connection,” Freier said.

Freier said he has never heard of an employer firing someone because they are overweight. “I don’t think that’s an actual concern that needs to be addressed. It’s not a real concern but I do think it will add one more cause of action,” he said. “I think at the margins it will add more lawsuits to the extent that the plaintiffs lawyer couldn’t figure out something else to sue on.”

After surviving a motion to dismiss, a weight-discrimination suit would head into discovery and take of depositions, which is costly, Freier said.

And if the legislation is passed, a suit by a plaintiff who claims he is fired for being overweight, and who is replaced by a thinner person, would be able to get by the motion-to-dismiss stage, Freier said. Many large employers have employment practices liability insurance, and companies issuing such policies will rarely allow the employer to go to trial, and will agree to a settlement, he said.

“This creates a payout situation for this new category of plaintiffs. That’s the worry that employers would have about this statute. It continues to make New Jersey an expensive state for employers to do business in,” Freier said.

The discussion of weight and height in the workplace can be a “confusing and difficult topic. On the one hand, I totally get it, you don’t want otherwise qualified individuals to be discriminated against based on their body shape, but as a practical matter I think it’s going to be very hard to prove” weight discrimination, said Jill Cohen, an employment lawyer at Eckert Seamans Cherin & Mellott in Princeton.

Cohen likewise expects the impact if the bill is enacted to mostly be felt in the form of additional employment claims added to suits based on other types of discrimination.

The Equal Employment Opportunity Commission has issued its own guidelines on height and weight discrimination in the workplace.

Cohen said she thinks New Jersey should adhere to the EEOC guidelines, rather than issue its own, broader law on the issue.

Cohen said that if the legislation is adopted, only a small number of employees is likely to be protected by it.

“It’s a narrow group of people who would benefit from a law like this that don’t already have other protections, whether those protections are the existing Law Against Discrimination or Americans With Disabilities Act,” she said.

“On a personal note, I have friends that are fat who I am very empathetic to, and I do think our society is prejudiced against fat people. I’m just not sure that a legal protection helps them. I think it creates more damage to the economy and the workplace than benefits for individual workers,” Cohen said.

In Dickson, the court erred by allowing claims only by those with blameless reasons for being overweight, said Nancy Erika Smith of Smith Mullin in Montclair. The decision “doesn’t recognize the most recent science about the genetic propensity toward obesity. There’s this judgmentalism built in,” she said.

Smith said the circumstances that would give rise to a suit under the proposed legislation don’t show up frequently in her practice. But she nonetheless hopes the bill will be signed into law.

“We know that our culture has a tremendous bias against people that are overweight,” Smith said. “I think obesity is disparaged in our culture. Any time that people are being treated unfairly, not based on what they can contribute, not based on how good a teacher they are or how good a pharmacist they are, any time we’re not evaluating people based on their performance and based on some immutable characteristic, I think it’s wrong.” By Eric Magnelli and Anthony Rainone 'Morgan v. Sundance': Bringing Arbitration Agreements Back Down to Earth