Joel Sanders is pushing for his million-dollar fine to be vacated and for the case against him to be completely thrown out.

Former Dewey & LeBoeuf executive Joel Sanders is battling to have his criminal conviction overturned, filing a 180-page appellate brief arguing that prosecutors, his former defense lawyer and the trial judge all violated his rights to a fair trial and due process.

Sanders, the former chief financial officer at Dewey, was convicted, after a second trial, of conspiracy, scheme to defraud and securities fraud under the Martin Act. Sanders, who works at Greenspoon Marder, was sentenced in 2017 to a $1 million fine and 750 hours of community service with the threat of jail if he didn’t comply. 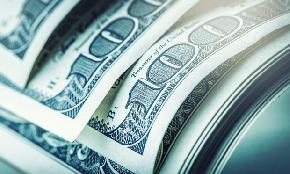 “Were they lying then, or are they lying now?” The firm that represented a receiver for plaintiffs firm Napoli Bern says it still hasn’t gotten its $151,000 in fees and is being given the run-around in its search for assets. Jason Cyrulnik, represented by Marc Kasowitz, has filed his own suit, claiming his exit followed a spike in the value of a cryptocurrency firm asset that had grown to over $250 million.