Drain acknowledged the pain wrought by the opioid crisis and said he would like to see a larger settlement than the $4.5 billion reached after extensive negotiation, but he said he is unwilling to “risk” the agreement in exchange for the possibility of a larger number.

U.S. Bankruptcy Judge Robert Drain of the Bankruptcy Court for the Southern District of New York on Wednesday said he will approve the $4.5 billion settlement for the bankruptcy of Purdue Pharma, the company that produced and marketed OxyContin, after two tweaks are made to the proposed settlement. 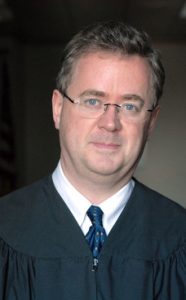 The U.S. Department of Justice plans to appeal, and will file a motion for a stay pending appeal soon, Benjamin Higgins of the U.S. Trustee’s Office said in court.