Plenty of firms have strong leaders, but very few have such a lengthy list of senior lawyers with experience at the highest level—that’s unusual and sets Dechert apart.

What are some of the department’s most satisfying successes of the past year and why? It’s been a really exciting and successful year. Dechert started the year with a huge appellate victory in the U.S. Court of Appeals for the Fourth Circuit for longtime firm client, Pfizer, involving its cholesterol-lowering drug, Lipitor. The Fourth Circuit affirmed the trial court’s dismissal of an entire MDL consisting of more than 3,000 cases alleging that Lipitor caused type 2 diabetes. The court agreed with the trial court’s determination that the plaintiffs’ had not proffered scientifically reliable expert testimony supporting this theory. Dechert also represents Purdue Pharma as national defense counsel in the opioid litigations, consisting of some 1,300 federal cases aggregated in an MDL in Ohio, and hundreds more cases brought by state attorneys generals, cities, and municipalities. Dechert spearheaded a historic settlement with the state of Oklahoma where the settlement funds will be used to establish one of the largest and most innovative substance use disorder treatment centers in the country. Dechert has also won outright victories for Purdue in Connecticut, North Dakota, and South Dakota, and partial victories in a number of other states. Rounding out the year, Dechert won a significant appellate victory in the Second Circuit for client State Farm where the court sided with State Farm and rejected plaintiffs’ attempt to force the company to pay for property damage caused by shoddy construction materials. The Second Circuit’s decision—which correctly recognized that State Farm’s policy excluded coverage for damages caused by the use of substandard construction materials—will foreclose many similar cases that had or could have been brought against State Farm. 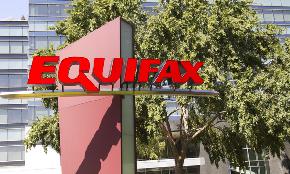 “I don’t think anyone can credibly argue it doesn’t provide substantial relief for the class now and in the future,” U.S. District Chief Judge Thomas Thrash Jr. said of the settlement. 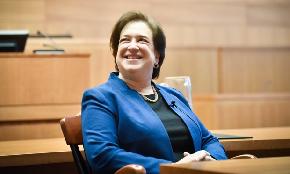 Kagan, a native of New York, joins a long line of judges, attorneys, and others within the legal profession who’ve received the annual award since it was first awarded in 1952. 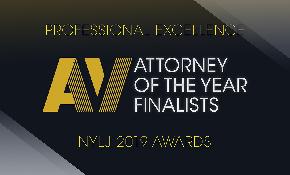 This "MVP" award goes to the lawyer who had the most profound effect on the law or legal community in the past year or did the most to advance the cause of justice.