In Knight First Amendment Institute v. Trump, 928 F.3d 226 (2d Cir. 2019), the U.S. Court of Appeals for the Second Circuit considered whether President Trump violated the First Amendment when he blocked certain Twitter users from accessing and interacting with the President Donald J. Trump Twitter account (@realDonaldTrump) because he disliked their critical responses to his tweets. In a unanimous opinion, written by U.S. Circuit Judge Barrington D. Parker, and joined by Circuit Judges Peter W. Hall and Christopher F. Droney, the Second Circuit affirmed the district court’s grant of summary judgment in favor of plaintiffs based on stipulated facts. In a narrow opinion, the Second Circuit held that President Trump uses his Twitter account in an official capacity to interact with the public, that the interactive features associated with the President’s account (e.g., replies, likes, and retweets) constitute a designated public forum and, therefore, that President Trump violated the First Amendment when he excluded certain Twitter users from that forum because he disliked the content of their views. Against the backdrop of rising use of social media by both public officials and private citizens, as well as an increased interest in the regulation of social media, the Second Circuit’s application of forum analysis to the President’s Twitter account represents a notable and important extension of First Amendment law in the digital era. 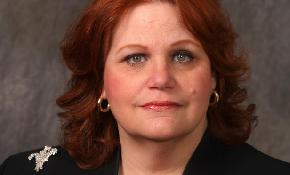