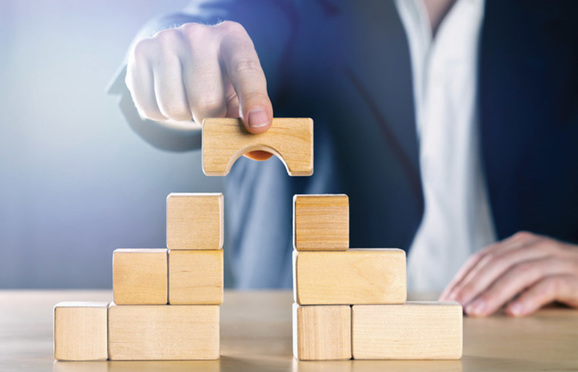 Building a Safe Place for Mediation in Arbitration Proceedings

It is a critical time for the arbitration community to consider a blueprint for increasing the use of mediation so that settlement rates in arbitration can be competitive with litigation.

Just as New York state courts have announced a presumptive mediation model for civil cases to begin in the fall (Dan M. Clark, ”New York Courts to Begin Presumptive Mediation for Civil Cases Later This Year,” N.Y.L.J., May 16,2019), it is a critical time for the arbitration community to consider a blueprint for increasing the use of mediation so that settlement rates in arbitration can be competitive with litigation. In the course of an arbitration there should be strategically timed mandatory “check ins” with ADR case administrators built into procedural orders to test whether prospects for mediation may improve as cases progress. Case administrators may act as important screeners to allow the parties a safe zone to raise their openness to mediate at various stages, at the inception of the matter, after key disclosures or depositions and at an interim conference call before the arbitration hearing. Moreover, arbitrators should not rule out the possibility that there still may be an opportunity to settle after the close of the hearing but before the arbitration award is issued—counsel’s optimistic view of the case may change even this late in the game. Establishing a mechanism in the order allows a case administrator to assume a role similar to court administrators in New York’s mandatory court mediation programs and may lead to similar settlement rates. In fact, the results may even be better because many attorneys feel that courts too often order parties to mediation too soon before there is sufficient information exchange and before litigants are emotionally ready to consider settlement on reasonable terms. Richard Weil, Mediation in a Litigation Culture, The Surprising Growth of Mediation in New York, Dispute Resolution Magazine (Summer 2011).

The American Arbitration Association (AAA) offers parties a track for mediation, subject to opt out, which takes place concurrently and “shall not serve to delay the arbitration.” AAA Rule 9. Over 65% of AAA commercial cases and nearly 85% of employment cases settle. FINRA’s statistics closely resemble the AAA statistics with 66% percent settlement rate (53% by direct negotiations of the parties and an additional 13% percent settled with the assistance of a mediator). Statistics are not publicly available at JAMS and CPR statistics are hard to quantify because many cases are non-administered, yet it is likely that settlement rates might mirror these trends. The New York State Unified Court System Report of Civil Case Activity have for over a decade issued reports that show that in New York state courts only 3% of cases are tried and in the Southern and Eastern District courts fewer than 2% of cases go to trial. Mediation: Through the Eyes of New York Litigators, Report of the Mediation Committee of the New York State Bar Association Dispute Resolution Section and the Alternative Dispute Resolution Committee of the New York City Bar Association (Feb. 17, 2011) (NYSBA Report). These statistics reveal a significant “arbitration deficit” and some practitioners have noted that the deficit is even more pronounced in the international context. Justin William and James Glayshear, The Settlement Deficit in Arbitration, Global Arbitration Review (September 2018). A recent report by the International Centre for Dispute Resolution (ICDR) which examined ICDR cases from January 2015 to December 2017 reveals that 72% of arbitrations settled prior to an award being rendered and 39% were resolved prior to tribunal fees being incurred. See www.icdr.org, Arbitration Report; Time and Cost: Considering the Impact of Settling International Arbitrations. Can Commercial Tenants Really Avoid Rent During the Pandemic Using the Frustration-of-Purpose Doctrine? When the Client’s Rights Depend on a Clerk’s Office, Trust But Verify

By David A. Pisciotta and Alissa K. Piccione