Teaching in the Time of Cholera: I Caught the COVID-19 Virus

As I write this, I am in isolation at the UConn Medical Center in Farmington, having passed (failed?) two COVID-19 tests.

The title of Gabriel Garcia Marquez’s 1985 novel ”Love in the Time of Cholera” plays off the Spanish word “colera,” which can mean both passion and disease. I was thinking that it’s not a bad theme for where I find myself as I end my teaching career in this time of panic and pandemic.

As I write this, I am in isolation at the UConn Medical Center in Farmington, having passed (failed?) two COVID-19 tests. I’m part of the experimental program using antimalarial drugs; the stuff seems to be working. My fever, virus loads and other markers are all improving. If this disease is part of “Boomer Removal,” this old boomer ain’t ready to go just yet.

It’s funny, but my teaching career is bookended by catastrophe and panic. I began teaching at UConn Law in September 2001. A few weeks later the Twin Towers fell. I told my students that life as we knew it would never be the same. It took some time, but I think the prediction proved accurate.

A few weeks ago, as we prepared to decamp for spring break, to be followed by life in the ether classroom, I told my class the same thing. While they initially thought I was being dramatic, turns out I was righter than most would have guessed.

I have tried several grievance matters recently with witnesses appearing via videoconference from remote locations, and just presented at a virtual seminar using the same platform. The technology is not great yet, but it sure beats shuffling through a crowded courthouse, breathing my neighbor’s germs. My guess is that after a bit of grousing and moaning about all we have lost by converting from in-person to virtual, this will be more the norm than the exception.

Some students have complained that they miss the frisson of traditional classroom interaction and hope we’ll get back to the old model sooner rather than later. I’ve heard the same complaints from colleagues about having witnesses testify remotely instead of live in the courtroom. To both I warn, don’t hold your breath. This is the new reality.

I do have to admit that it is a lot harder to cross-examine someone on a screen; you can’t see those important “tells,” such as a bit of perspiration on their upper lip or the subtle squirm as they tighten up when you approach a sensitive issue, but the savings in time and effort, not to mention the public health issues, may mean that this will be more the norm than the exception from now on. When students grouse, my response is that learning to navigate the world of a virtual law school is probably pretty good training for the practice of law in the next century.

Every generation has its inflection points, after which things never really are the same. For my parents, it was the Depression, followed by Pearl Harbor. For me, it was the assassinations (of both Kennedys and King), followed by 9/11. COVID-19 may be the final act in my play. Regardless of whether it turns out to be as bad as the Spanish (or swine) flu, or passes quickly into the annals of public health history, it reveals just how small the world has become. Within a few weeks of the first emergence of a new respiratory disease in a province in China few of us have ever heard of, the thing spreads worldwide, like the proverbial drop of ink in the pitcher of water, before anyone can mount any real response.

With all due respect to my friends who think we can harden borders and build walls to keep out the bad things in the rest of the world, I’m afraid that isolation is not the answer. My young charges, who will finish their semester learning on a screen, practicing oral advocacy in a virtual courtroom, writing a brief collaboratively with their partner via a shared document platform and e-filing the finished product, will be better equipped to handle the practice of law in the next decades than me and my colleagues who learned all of this in an analog world. While the medium will be different, the underlying ideals of searching for truth, finding and applying the law, serving clients and doing justice will continue. 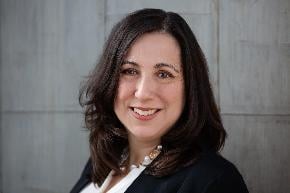 Six weeks into the COVID-19 pandemic in the United States, psychologist Dr. Traci Cipriano, a former practicing attorney, sees reasons for optimism. There is no shame in experiencing distress; whether and how you address your distress are key. 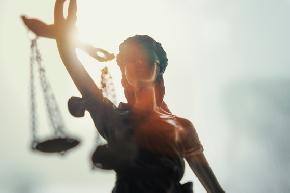 Amid Racism and Privilege, It's Time to Check Our Profession

Recognizing the homogeneity of our profession is no longer enough. We must examine the ways in which we continue to perpetuate the exclusionary roots of the profession. 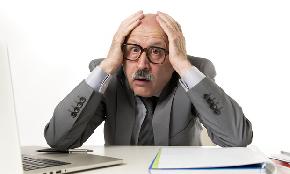 Curb Your Enthusiasm for Diversity (Or You Could Be Sued)

If there's liability for corporate hypocrisy, that'd be the end of American capitalism.