On average it takes 12 years and costs more than $350 million to develop a new drug.

We have all been impacted by COVID-19; even if we don’t personally know someone who has the virus; our lives have been turned upside down as a consequence of this pandemic. And we all want to see a drug available to safely treat anyone who has the virus. But as doctors and scientists are working to find an effective treatment, a little reality check of the research and testing involved in the commercial release of any drug is in order.

Various official web sites explain the lengthy process to get a new drug from the laboratory to the pharmacy shelf. While the numbers reported may vary in any given year, overall they demonstrate a rigorous and time-consuming process. On average 12 years and more than $350 million are expended: first a company develops a drug; then it undergoes about three and a half years of laboratory testing before an application is made to the U.S. Food and Drug Administration (FDA) to begin testing the drug in humans (only 1 in 1,000 makes it this far).

Then if the FDA gives it the green light, the “investigative” drug will then enter three phases of clinical trials: Phase I, involving 20-80 healthy volunteers to establish a drug’s safety and profile (about one year); Phase II, involving 100 to 300 patient volunteers to assess the drug’s effectiveness (about two years); and Phase III, involving 1,000 to 3,000 patients in clinics and hospitals who are monitored carefully to determine effectiveness and identify adverse reactions (about three years). The company then submits an application (often tens of thousands of pages) to the FDA for approval, a process that can take up to two and a half years. After final approval, the drug becomes available for physicians to prescribe. At this stage, the drug company will continue to report cases of adverse reactions and other clinical data to the FDA. Phase 4 post-marketing studies may take place.

The main consumer watchdog in this system is the FDA’s Center for Drug Evaluation and Research (CDER). The center’s best-known job is to evaluate new drugs before they can be sold. CDER’s evaluation is intended to prevent quackery, provide doctors and patients the information they need to use medicines wisely, ensure that drugs work correctly and that their health benefits outweigh their known risks. FDA approval of a drug means that data on the drug’s effects have been reviewed by CDER, and the drug is determined to provide benefits that outweigh its known and potential risks for the intended population.

The drug approval process takes place within a structured framework that includes: analysis of the target condition and available treatments (a drug intended to treat patients with a life-threatening disease for which no other therapy exists may be considered to have benefits that outweigh the risks even if those risks would be considered unacceptable for a condition that is not life threatening); assessment of benefits and risks from clinical data, and strategies for managing risks including but not limited to an FDA-approved drug label clearly describing the drug’s benefits and risks, and how the risks can be detected and managed. While not perfect, the FDA is a science led organization that relies on the best scientific and technological information available to make decisions through a deliberative process.

In some cases, the approval of a new drug is expedited. Accelerated approval can be applied to promising therapies that treat a serious or life-threatening condition and provide therapeutic benefit over available therapies. After the drug enters the market, the drug maker is required to conduct post-marketing clinical trials to verify and describe the drug’s benefit. If further trials fail to verify the predicted clinical benefit, the FDA may withdraw approval. Since the establishment of this accelerated approval pathway in 1992, many drugs that treat life-threatening diseases have successfully been brought to market making significant impact on disease course (many antiretroviral drugs used to treat HIV/AIDS subsequently altering the treatment paradigm).

Additionally, the agency employs several approaches to encourage the development of certain drugs; especially drugs that may represent the first available treatment for an illness, or ones that have a significant benefit over existing drugs. These approaches, or designations, are intended to address specific needs and help ensure therapies for serious conditions are made available to patients as soon as reviewers can conclude the benefits justify their risks. Fast Track, Breakthrough Therapy and Priority Review are all designations that the FDA uses to expedite the processes, cognizant of the risks and rewards associated.

Attorneys who work in health law and product litigation know all too well the demands associated with the development of new drugs and the risks, known and unknown, that come into play with every new product. And most FDA watchers can recite by heart the history of how the agency was granted the ability to review drugs for safety and efficacy in the first place. It wasn’t until a so-called “elixir” (Elixir Sulfanilamide) promoted to cure sore throats killed over 100 people in 15 states that Congress acted in 1938 to give the FDA the ability to regulate drugs for safety. Sulfanilamide, a drug used to treat streptococcal infections, had been shown to have dramatic curative effects and had been used safely for some time in tablet and powder form. There was a demand for the drug in liquid form, and the manufacturer found that sulfanilamide would dissolve in diethylene glycol, but the new formulation had not been tested for toxicity, and food and drug laws did not require that safety studies be done on new drugs, and because no pharmacological studies had been done on the new sulfanilamide preparation, the manufacturer failed to note that diethylene glycol, a chemical normally used as an antifreeze, is a deadly poison.

Decades later, in the 1960s, thalidomide, a drug promoted to help with morning sickness led to thousands of babies born with lifelong birth defects. It was sold in 46 countries and the licensee was a company in the United States. The crisis prompted Congress to again boost the FDA’s power.

In an ideal world, there would be several drugs that could be used immediately and safely to restore health to patients with severe, life-threatening coronavirus infections. But until scientists interpret reliable data from rigorously designed studies, they caution us of their need to be responsible. There is something called the “right to try” legislation, which allows physicians treating patients with severe or life-threatening illnesses, who have exhausted all approved treatment options or who cannot participate in clinical trials, to request the use of experimental drugs through a system called “compassionate use.” Not everyone who wants to participate in a clinical trial can do so (due to limited spots and strict eligibility criteria). For those people, the FDA has created the compassionate use pathway, but the use of this avenue is by definition very limited, and companies are not legally obligated to make their drugs-in-development available, for any reason, at any time. The FDA cannot make them. Nor can right-to-try legislation. Finally, although the FDA allows patients to access drugs in development as a last resort, this is hardly a long-term solution: indeed patients could get worse using unapproved medications in a fact-free environment.

As attorneys, even if we don’t practice in this area, we get the dangers, although well intentioned, associated with deviating from well settled principles of how medicines get developed. Even when doctors look to repurpose existing drugs meant for other illnesses (malaria for example) in the race for finding effective treatments, the FDA cautions against speculating about a timeline. Clinical research exists for a very good reason: the vast majority of medicines that are tested in humans are not safe nor effective. Even in a pandemic, carefully conducted science must control to ensure that patients are not harmed inadvertently by an intervention lacking scientific evidence to support its use. Commissioner Hahn said it best: “We need to make sure that this sea of new treatments will get the right drug, to the right patient, at the right dosage, at the right time.” The only way to achieve this goal is through research, not by spreading false hope about the right to try. 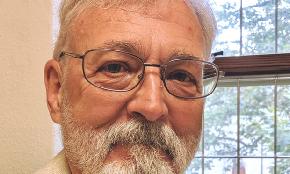 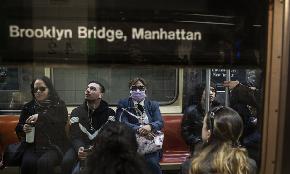 What Can Be Learned From 'Virtual' Firms as Coronavirus Necessitates Remote Work?

Brick-and-mortar firms weren't built with remote work in mind, say the leaders of distributed firms, so they face obstacles both physical and cultural as more attorneys log in from home to limit the spread of COVID-19. 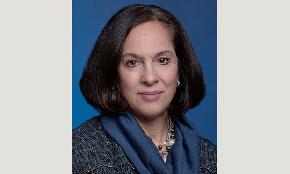 COVID-19 and DNRs: A Fatal Combination

Should the medical profession weigh its well-settled approach to resuscitating a dying patient against the real danger of exposing doctors and nurses to COVID-19?