As the firm's second generation of leadership took the helm, more than one-fifth of its partnership headed for the exits.

In December, Boies Schiller Flexner partners Natasha Harrison and Nick Gravante became the first attorneys to lead the firm whose last names weren’t Boies, Schiller or Flexner. The leadership announcement followed a tough three years for the firm, which had been grappling with a public relations beating over founder David Boies’ work for controversial clients and an extended slip in the Am Law 100 rankings.

But Harrison and Gravante’s honeymoon was short-lived: In the months since, at least 31 partners have left to join Am Law 100 peers such as Cooley, King & Spalding and Covington & Burling, culminating with a 15-partner exodus from the firm’s West Coast offices in April. The moves have kept the firm in the headlines, raising fresh questions about its stability. 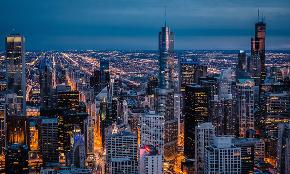 The founding partners of Croke Fairchild Morgan & Beres said low overhead and competitive billing rates have served them well during the COVID-19 pandemic, leading to growth.