Lawyers and their clients worldwide are responding to the coronavirus outbreak that, since December, has killed more than 18,580 people and infected more than 416,686. Law.com’s reporters around the world are covering the virus’ impact on law firm operations, client business, law schools, and lawyer and staffer safety. Here’s a collection of our coverage, which we’re continuously updating.

How Does He Do It? Kirkland Partner at Home With 11 Kids

Any normal person under similar circumstances would be going bonkers. 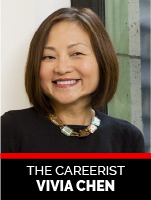 A former law clerk to U.S. Supreme Court Justice Anthony Kennedy, Williams and his wife Julin have 11 children, ages 2 to 20. And, yes, everyone is holed up at home in Northern Virginia during this coronavirus lockdown. (The household also includes two college-age nieces.)

Any normal person under similar circumstances would be going bonkers. And though he seems crazy busy—he’s working on a major commercial arbitration, products liability cases, an appeal to the U.S. Court of Appeals for the Tenth Circuit, a certiorari reply and a new death-penalty case, among other matters—Williams is not complaining.

You could say he almost enjoys it. “The silver lining of the COVID-19 shutdown is that we eat three meals a day together now,” he says cheerfully. (For the record, he always seems cheerful.)

Not only are they eating together, they’re working together—at the same dining room table. “Kindergarten to college at one table is a challenge, but the older children help the younger children a lot,” explains Williams. (His oldest child Rosemary is a sophomore at the Georgetown University Walsh School of Foreign Service.) “The older ones all have earbuds in while they are ‘attending’ class, but it’s not much of a help when they need to speak Korean or French or Latin for their classes. It’s barely controlled chaos. Lots of noise. Workbooks all over the place.”

As you might expect, the parents run a tight ship. “We’ve been working on keeping their days structured,” Williams says. “We used to have mandatory breakfast at 6:15 a.m. for everyone because it was the only meal we could expect to eat together as a family.” Now, the timing is (slightly) more lenient. “But I still make them get up for breakfast together at 7:00 a.m.”

Though the Williams clan might be more ship-shape than the average family, how is it possible to maintain a professional facade with so many kids running loose?

Well, some of that has gone out the window, Williams admits.

“Everyone is more forgiving about background noise on conference calls,” he says. “I used to have a quick trigger finger for the mute button, and that seems a lot less necessary now. Clients have been tremendously patient about hearing my 2 year old in the background.”

But that doesn’t mean opposing counsel is always so understanding. “Some things never change,” Williams says. “I’ve had lawyers deny my requests for extensions even in the middle of this crisis.” That said, “most judges, lawyers and clients seem to recognize the uncertainty,” he says. “A lot of the petty bickering in my cases has disappeared, so that’s encouraging.”

Williams is equanimous about his new work-life reality. Though he says he’s worried about “getting more bad news,” like “friends and colleagues becoming ill, businesses laying off workers,” the enforced family time is not at all bad. “It’s actually pretty comforting to be near each other. There’s a good energy being together.”

Told you he’s the upbeat type.