"Ultimately, the Coalition is asking the courts to redline the already reasonable voting policy the state has in place. That is not our role," Judge Britt C. Grant wrote.

The U.S. Court of Appeals for the Eleventh Circuit vacated a preliminary injunction granted by a Georgia district court to the Coalition for Good Governance and several other plaintiffs in a lawsuit stemming from a 2017 congressional runoff election. 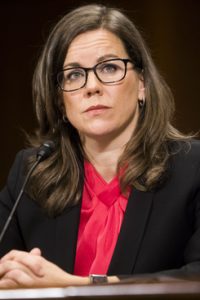 The Coalition, a nonprofit, claimed that Georgia’s elections board and secretary of state kept an improper date for printing and distributing backup voter lists, which burdened citizens’ right to vote. According to the plaintiffs, the state should print hard-copy backup lists of voters but only after early voting is finished. Currently, Georgia does this before early voting is completed.