Judge says three Kramer Levin partners "frustrated the fairness of the proceedings" in patent infringement action against Juniper Networks, and tells his judicial colleagues to be on the lookout for them.

U.S. District Judge William Alsup of the Northern District of California has awarded $5.9 million in “exceptional case” fees against Finjan Inc. in its patent dispute with Juniper Networks Inc. 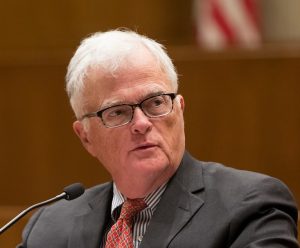 The judge also took the unusual step of calling out Finjan’s former counsel from Kramer Levin Naftalis & Frankel by name and warning his judicial colleagues about their conduct.