The Law School Admission Council said it will fight the California Department of Fair Employment and Housing's new request for more than half a million dollars in attorney fees.

The California Department of Fair Employment and Housing has requested more than a half million dollars in attorney fees from the Law School Admission Council for its work related to the LSAT developer’s violations of a consent decree.

A federal judge in March held the council in civil contempt for violating the court-ordered rules governing accommodations for disabled test takers—a development the California department set in motion last fall when it filed court papers detailing what it alleged were the council’s efforts to circumvent the 2014 consent decree. U.S. District Judge Joseph Spero of the Northern District of California extended the consent decree, which was set to expire in May, for two more years as a result. Spero also ordered the council to pay for the department’s fees and costs. (The council denied any intentional violations, saying it tried to operate within the complicated and costly set of best practices established under the consent decree. The council also said it quickly corrected compliance problems identified by the California department.)

On July 13, the California department filed a request for $529,341 in attorney fees and an additional $4,077 in expenses for its work on the motion for contempt of court. According to the fee motion, the department’s team of attorneys spent months investigating the council’s compliance with the consent decree and conferring with the council before the parties reached an impasse and it asked the court to find the council in civil contempt. It said it plans to request additional fees incurred during the fee motion process. 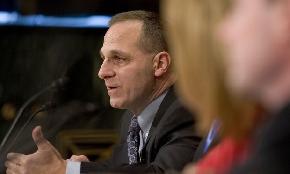 VW Declined to Hire Louis Freeh for $15M. Now He’s on the Other Side—and VW Is Crying Foul

In a motion to disqualify filed in San Francisco federal court, the VW team from Sullivan & Cromwell argue that Freeh’s 'conflict of interest and receipt of confidential information' should bar him from serving as an expert witness for the plaintiffs.