Trump's CNN Beef Isn't a 'Get Out of Jail Free Card' for AT&T, DOJ Tells Judge

"Look, the president is unhappy with CNN. We don't dispute that. But AT&T wants to turn that into a get out of jail free card," a U.S. Justice Department lawyer told a Washington judge Friday in court.

Lawyers for the U.S. Justice Department and AT&T Inc. on Friday gave a lively preview of their upcoming antitrust trial as they battled over the company’s push to uncover whether the Trump White House exerted any influence to block AT&T’s $85 billion merger with Time Warner.

O’Melveny & Myers partner Dan Petrocelli, who represents AT&T, said at a hearing that he added DOJ antitrust chief Makan Delrahim as a witness “just in case” discovery requests showed the White House played any role in the decision to take AT&T to court. He said the government has rebuffed the company’s attempts to gather information about any communications between Main Justice and the White House about the merger. 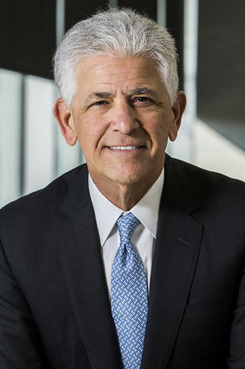