In a pair of emergency motions for preliminary injunction, lawyers from Lichten & Liss Riordan who represent classes of Uber and Lyft employees are asking the U.S. District Court for the Northern District of California to find that they should be classified as employees, so that they can take advantage of state-mandated sick leave.

Lawyers in two worker misclassification class action suits against Uber and Lyft allege that the companies are exacerbating the coronavirus pandemic.

“This crisis starkly demonstrates the harm that Lyft’s misclassification of its drivers is causing, not only to Lyft drivers, but to Lyft passengers and the general public, as drivers are deprived of an important workplace protection to which they are entitled as employees and which is designated to protect public health,” wrote plaintiffs lawyers at Lichten & Liss Riordan in one of the two emergency motions for a preliminary injunction filed in the U.S. District Court for the Northern District of California on Thursday.

The lawyers say the only obstacle between California ride-hailing drivers and state-mandated paid sick leave is their status as independent contractors and are asking the court to classify them as employees, according to the motions.

The drivers are “at the front lines of the crisis” as residents opt for Uber and Lyft over public transit to avoid potential contagion, the filing asserts. However, without paid sick leave drivers will continue to pick up users regardless of whether they begin to exhibit coronavirus symptoms, the lawyers contend, citing the testimony of one driver, who would continue driving “fever or no fever” to feed his children.

Uber’s attorneys from Gibson, Dunn & Crutcher and Lyft’s attorneys from Keker, Van Nest & Peters removed the cases from San Francisco Superior Court to the Northern District of California earlier this week. Uber, Lyft and their attorneys did not immediately respond to a request for comment at the time of publication.

“Gig economy workers are exempted from the shelter in place order because they are providing essential services,” Liss-Riordan said in an email. “The least they could get is recognition of employee status so they will be entitled to employee benefits.”

Liss-Riordan said she’s also spoken with lawmakers about the exclusion of gig workers from federal sick pay law included in the coronavirus relief legislation. “I spoke to Sen. Ed Markey about this issue last Sunday, and as a result, he sent a letter yesterday (that I worked on with him) to Mitch McConnell and Chuck Schumer, urging that gig economy workers be included in additional emergency legislation,” she said.

In an investor call Thursday regarding its coronavirus response, Uber’s CEO Dara Khosrowshahi said: “This situation certainly demonstrates the downside of attaching basic protections to W2 employment. What we’ve said very, very consistently is that we need a third way, and we think a third way is good for society, which allows workers who want flexibility to work flexibly based on what their own needs are but also have access to protections. We’ve been very consistent about that, and I think this kind of situation only highlights that.”

Gig companies including Uber and Lyft have pledged that they would offer to pay workers for 14 days of work if they contracted coronavirus. The companies have also promised to distribute cleaning products, but The New York Times has said they have struggled to get the products to workers.

“Plaintiffs and public simply cannot wait years, or even weeks, for Uber to comply with California’s state-mandated paid sick leave law. In the interim, the rapid proliferation of the virus that occurs will be irreversible.” 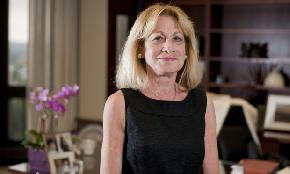 Alsup's Patent Confidentiality Order Against Uniloc Might Stand, but There's a Big Catch

After Wednesday's arguments at the Federal Circuit, it sounded as if the names of Uniloc 2017's licensees, if not all license information, will be redacted from the public record. 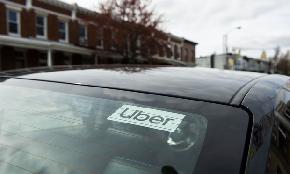 California’s First District Court of Appeal ruled Monday the Unfair Practices Act does not apply to Uber, whose rates are governed by the California Public Utilities Commission. 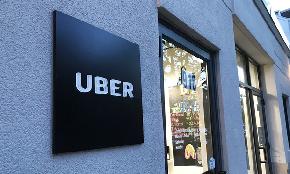 Uber's head of privacy and security policy told a legislative committee that a growing "government appetite" for data to analyze travel patterns has become "an alarming trend."