“These companies are now attempting to find ways to not only avoid funding the plan, but also are placing it in jeopardy of failing, leaving the workers with little or no pension after a lifetime of savings,” said W. Daniel “Dee” Miles, III of Beasley Allen.

A lawsuit on behalf of former DuPont employees saying their retirement benefits are in jeopardy because of the company’s merger with Dow Chemical has been filed in federal court.

The putative class action, Thondukolam v. Corteva Inc., was filed in the U.S. District Court for the Northern District of California on July 3, on behalf of more than 100,000 people, including retirees and beneficiaries in the pension plan. 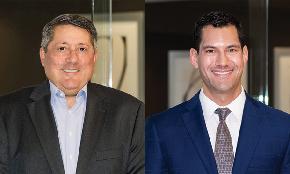 New Study Finds PFOA Is Carcinogenic: What Are the California Proposition 65 Implications?

A report from the U.S. Department of Health and Human Services may result in the listing of PFOA under California’s Proposition 65 as a carcinogen. Here's what that could mean for the explosion of litigation related to the chemical substance throughout the country.