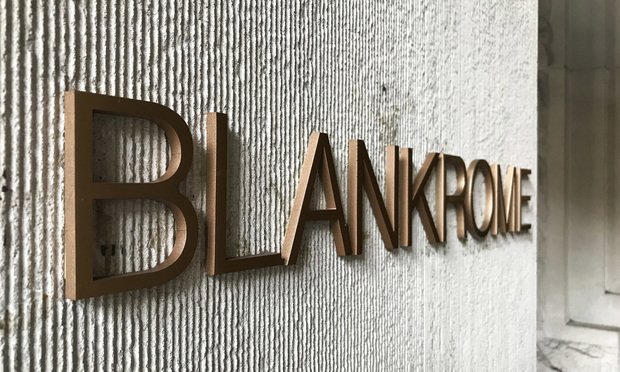 Allegations made against the Philadelphia-based firm are subject to a confidentiality agreement between Blank Rome and its former client, it said in its motion to compel arbitration.

Blank Rome is looking to conceal the details of legal malpractice allegations by liquidation representatives for a now-defunct former client, arguing that any disputes arising out of the parties’ relationship have to be settled in confidential arbitration.

Allegations against the Philadelphia-based firm were laid out in a proposed complaint provided to Blank Rome on March 31 by the Joint Official Liquidators and Foreign Representatives of Value Arbitrage Fund, according to a recent motion to compel arbitration filed with the Philadelphia Court of Common Pleas. But the complaint and its specific allegations were not filed with the court, pursuant to a confidentiality agreement between Blank Rome and Platinum’s representatives.