The provisions of the Bankruptcy Code sometimes conflict with other federal laws and regulations. A debtor that operates in a highly regulated industry often faces additional hurdles in administering its bankruptcy case that would be routine in other Chapter 11 proceedings.

The provisions of the Bankruptcy Code sometimes conflict with other federal laws and regulations. A debtor that operates in a highly regulated industry often faces additional hurdles in administering its bankruptcy case that would be routine in other Chapter 11 proceedings. Conversely, a regulated debtor might find the Bankruptcy Code enables it to avoid an otherwise inevitable regulatory consequence. The U.S. Court of Appeals for the Sixth Circuit Court recently considered whether an energy company debtor could reject a power purchase agreement as an executory contract that had been filed with the Federal Energy Regulatory Commission (FERC). Outside of bankruptcy, the debtor’s ability to address the contract would fall under FERC’s exclusive jurisdiction. Here, the bankruptcy court ruled that FERC had no jurisdiction, and the bankruptcy court had exclusive jurisdiction to adjudicate the matter. The Sixth Circuit court rejected that position, and ruled that the bankruptcy court and FERC have concurrent jurisdiction. The opinion was issued on Dec. 12, 2019, in the case of In re FirstEnergy Solutions, Case Nos. 18-3787/3788/4095/4097/4107/4110.

This premium content is locked for
The Legal Intelligencer subscribers only. 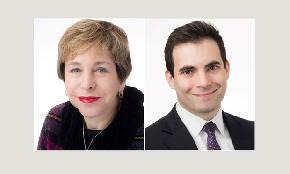 Unfortunately, these valuable benefits are not available to cannabis enterprises. The classification of marijuana as a Schedule 1 drug under the Controlled Substances Act renders the cultivation, sale or use of marijuana for any purpose a crime. 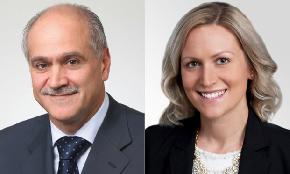 Last month, U.S. Bankruptcy Court Chief Judge Cecelia Morris for the Southern District of New York entered a decision granting summary judgment to pro se debtor, Kevin Jared Rosenberg, finding that Rosenberg had satisfied the “undue hardship” standard set forth in Section 523(a)(8) of the Bankruptcy Code, and ordering the discharge of Rosenberg’s student loan debt of more than $220,000. 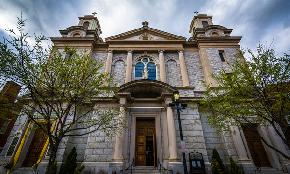 Start your One Month Free Trial Today!Call 877-807-8076 or email ljpsales@lawjournalpress.comOur best-selling high-quality legal content is now available in the form...