For over 20 years, purportedly anticompetitive patent-litigation settlement agreements between rival branded and generic pharmaceutical manufacturers—so-called “reverse payment” or “pay for delay” settlements—have generated numerous private lawsuits and ranked as one of the Federal Trade Commission’s top enforcement priorities, with private plaintiffs and the FTC alike claiming such agreements have cost consumers millions of dollars by keeping generic drugs off the market.

For over 20 years, purportedly anticompetitive patent-litigation settlement agreements between rival branded and generic pharmaceutical manufacturers—so-called “reverse payment” or “pay for delay” settlements—have generated numerous private lawsuits and ranked as one of the Federal Trade Commission’s top enforcement priorities, with private plaintiffs and the FTC alike claiming such agreements have cost consumers millions of dollars by keeping generic drugs off the market. In 2013, the U.S. Supreme Court finally addressed reverse-payment settlements in FTC v. Actavis, 570 U.S. 136. In the five years since Actavis, federal courts in the U.S. Court of Appeals for the Third Circuit have continued to wrestle with a disproportionate share of reverse-payment lawsuits. Those cases have generated a series of rulings by the Third Circuit addressing some of the significant questions left open by Actavis.

Actavis highlighted a situation that readily arises in pharmaceutical markets under the Hatch-Waxman Act. A branded drug manufacturer will have gone through a long and costly vetting by the Food and Drug Administration before reaching the market, and, as part of the FDA approval process, must publicly disclose any relevant patent. It then enjoys lawful monopoly profits by virtue of that presumptively valid patent. By contrast, Hatch-Waxman gives generic manufacturers access to an abbreviated FDA approval process. As part of that process, however, a generic manufacturer must explain why its generic drug will not infringe the branded manufacturer’s disclosed patent. One way to do so is to certify that the patent is invalid or will not be infringed by the manufacture, use, or sale of the generic. By statute, submitting such a certification to the FDA constitutes actionable patent infringement. Through that legal fiction, Congress encouraged the accelerated weeding-out of invalid or weak drug patents. Hatch-Waxman also incentivizes a generic manufacturer to be the first challenger in a given market by conferring a—potentially highly profitable—180-day exclusivity period against other generic manufacturers. 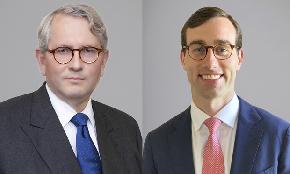 One way to break through bottlenecks and potentially save time and lives is for industry participants to collaborate with each other to take fast, decisive measures to increase output and distribute products to those most in need as quickly as possible. 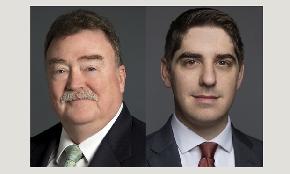 In its complaint, the ABC alleges that the terms of the PLA effectively preclude nonunion workers and workers who belong to unions other than those affiliated with the Pittsburgh Regional Building Trades Council from performing construction work, and that the PLA compels workers to associate, join or pay dues to these unions as a condition of employment.