Uber limo drivers are not employees under the Fair Labor Standards Act, a federal judge has ruled, handing the ride share giant a win against drivers who sued the company for allegedly failing to meet minimum wage and overtime requirements.

Uber limo drivers are not employees under the Fair Labor Standards Act, a federal judge has ruled, handing the ride share giant a win against drivers who sued the company for allegedly failing to meet minimum wage and overtime requirements.

U.S. District Judge Michael Baylson of the Eastern District of Pennsylvania ruled Wednesday that UberBLACK drivers are independent contractors, rather than actual employees of the ride share company, and granted Uber summary judgment dismissing the case. According to Baylson, the ruling in Razak v. Uber Technologies marks the first time a court has granted summary judgment on the issue under the FLSA. 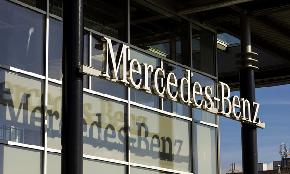