After Gov. Greg Abbott declared a state of disaster across Texas on Friday, lawyers should expect to see emergency orders coming from the Texas Supreme Court, designed to assist courts with responding to the COVID-19 pandemic.

The Texas Supreme Court gained the authority to issue emergency orders to respond to COVID-19, after Gov. Greg Abbott on Friday declared a state of emergency across Texas.

Abbott’s declaration said that coronavirus presents an imminent threat of disaster, and that by proclaiming a state of disaster, all resources of the state government and its political subdivisions will be used to cope with the illness.

If there are any rules or regulations that prohibit the government from taking action, the governor’s office will issue written approval to suspend them. Abbott has already suspended any law or rule that hinders the state from purchasing items it needs for its emergency response.

Texas Supreme Court Chief Justice Nathan Hecht said the court’s emergency order is already drafted and would be published on its website by Friday evening.

“Under the statute, that allows us to modify and suspend procedures. It addresses deadlines, procedures, statute of limitations in civil cases, videoconferencing, teleconferencing, giving judges flexibility to conduct proceedings without people actually being there, but phoning in or videoconferencing in, letting a judge sit in other places in the county, which may be safer, those kinds of things,” Hecht explained.

He added that the Texas Court of Criminal Appeals has jointly signed the order, which extends to May 8, to make it clear it applies in both civil and criminal cases.

Some examples of procedures that may change include extending deadlines for motions or briefs, or excusing a missed deadline if an attorney was sick with the virus at the time.

“You never know what is going to happen, so this is just a way to try to accommodate whatever impact the virus has on people in the justice system,” said Hecht. “It gives trial judges a lot of discretion, because the impact is not likely to be the same across the state.”

Both Hecht and David Slayton, administrative director of the Texas Office of Court Administration, said that the Texas judiciary has been preparing its response to coronavirus for more than two weeks.

“It’s just dominated, every day, and into the night,” Hecht said.

Slayton added, “For probably the last two weeks, maybe a little longer, I personally have done nothing else. It’s been pretty much all-consuming for me personally, and for many of the staff on our team.”

They have been present in the state’s emergency operations center, receiving briefings about the spread of the virus, and fielding calls and emails from judges across Texas, to make sure the courts are over-prepared, said Slayton.

He said there’s one huge message every attorney must get today: Don’t go to court if you’re sick.

“The judiciary needs to do its part,” said Slayton. “We don’t want people in the courthouse, or in courtrooms, that potentially have been exposed or are symptomatic. It’s important for lawyers and litigants to do their part as well. We are helping as much as we can, to flatten the curve.”

Afterwards, the Supreme Court issued Harvey emergency orders that enabled courts to modify or suspend court procedures in proceedings that had been impacted by the hurricane.

One order impacted the statute of limitations in civil cases, for instance. Another affected child protection cases. Lawyers who were in counties hard-hit by Harvey were given an extended deadline to pay their annual lawyer dues, in one order. Other orders enabled courts, whose courthouses were badly damaged, to move to neighboring counties to continue holding proceedings. 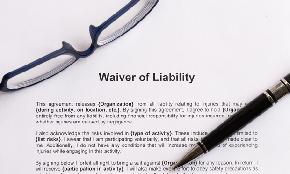 Taking the Bar Exam in July? Sign This Coronavirus Waiver

Legal academics are slamming Mississippi for requiring bar examinees to sign away their ability to sue over COVID-19 exposure. 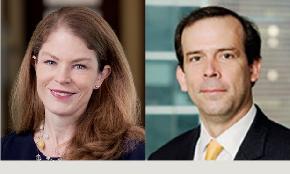 An increase in flexibility could lead banks to be more lenient with borrowers upfront to avoid having to operate large properties like shopping malls. 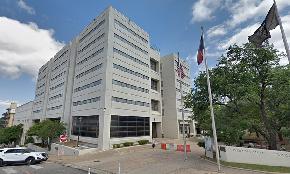