In Bellwether Gig Economy Case, Judge Rules Grubhub Driver Is Not an Employee

U.S. Magistrate Judge Jacqueline Scott Corley ruled that Grubhub properly classified a delivery driver as an independent contractor instead of an employee under California law.

A magistrate judge chipped away at the uncertainty surrounding the status of gig-economy workers Thursday by ruling the delivery service Grubhub rightly classified a delivery driver as an independent contractor.

In the case, former Grubhub driver Raef Lawson sued the company, pursuant to the California Private Attorney General Act, alleging he was misclassified as an independent contractor instead of an employee entitled to minimum wage and other benefits. Following last fall’s six-day bench trial in San Francisco, U.S. Magistrate Judge Jacqueline Scott Corley of the Northern District of California ruled Thursday that because Grubhub “exercised little control over the details” of the driver’s work, Grubhub had properly classified him as an independent contractor.

The ruling is the first of its kind in the federal court in California. Workers have brought similar cases against companies like ride-hailing giants Lyft and Uber, but such challenges have yet to reach a conclusion in federal court. 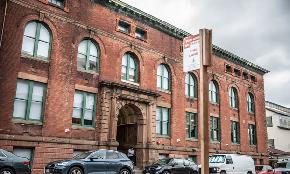 As the issue of employee misclassification gets a shakeout in various courts, one such suit was filed by workers participating in a Juul-led campaign to overturn San Francisco's ordinance banning the use of electronic cigarettes.