We applaud the attorney general’s announced goal of making the raw datasets that the Office of Justice Data develops available to the public and accessible to researchers and advocates, to the extent possible while preserving individual privacy.

Shortly before he left to take his position in Washington this past summer, former Attorney General Gurbir Grewal announced the creation of the Office of Justice Data, whose purpose is to coordinate data collection and analysis across all the agencies within the Department of Law and Public Safety and to promote transparency and accountability through public data releases, particularly in the areas related to criminal justice. It is headed by Chief Data Officer Dr. Kristen Golden, who has worked on numerous projects in New Jersey regarding criminal justice data, including the 2017 criminal justice reform initiative and data-driven dashboards for public use, such as the use-of-force (https://www.njoag.gov/force/) and traffic stops https://www.njoag.gov/trafficstops/) public dashboards. A staff of research scientists is being added to assist in the work of the new office.

The proper use of empirical data and fact-based policy formulation are goals upon which we can all surely agree. Yet we also know that data analysis can sometimes be slanted or manipulated to reach a desired conclusion, or may not tell the complete story. Even the data classifications made under statutorily required Uniform Crime Report statistics (https://www.nj.gov/njsp/ucr/crime-reports.shtml) can sometimes be the subject of concern, such as by local municipalities not wishing to be portrayed in an undesirable light. We therefore applaud the attorney general’s announced goal of making the raw datasets that the Office of Justice Data develops available to the public and accessible to researchers and advocates, to the extent possible while preserving individual privacy. The analysis of the data would thus presumably not be subject to any preliminary gatekeeping or filtering process by government analysts, and the soundness of any ensuing analysis and conclusions by non-government researchers or public advocates would be subject to open scrutiny and possible criticism by those with equal access to the underlying data. The quality of any ensuing policy debate can only be enhanced by this transparency. Time to Modify the ‘In Re Wilson’ Rule 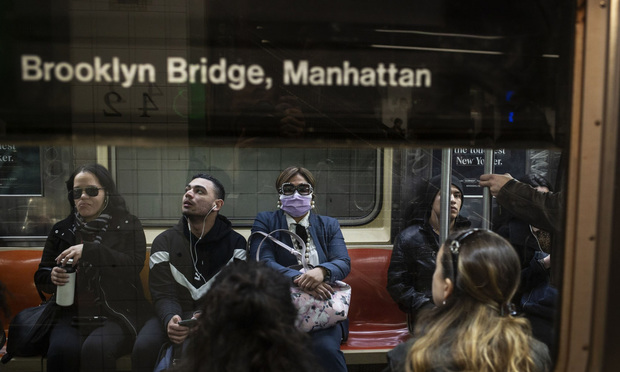 What Can Be Learned From 'Virtual' Firms as Coronavirus Necessitates Remote Work?