Law firms "may continue to operate, but must accommodate their employees working from home," the governor's notice said.

As some jurisdictions order lawyers to close their offices in order to slow the spread of COVID-19, New Jersey has called on law firms to minimize the number of on-site staff but stopped short of ordering a complete shutdown.

Gov. Phil Murphy on Saturday signed Executive Order 107, which ordered businesses that were deemed nonessential to close and established exemptions for certain categories such as supermarkets and drugstores. The order makes no mention of lawyers or law firms. However, an accompanying list of frequently asked questions says law firms may continue to operate, but must accommodate employees with “telework” or work-from-home arrangements “wherever practicable.”

“Simply put, people should not be outside of their home unless they absolutely need to be,” the state’s FAQ advisory on law firms states. Law firms “may continue to operate, but must accommodate their employees working from home,” the notice said. “If a law firm has employees that must be on the premises, it must reduce staff to the minimum necessary to ensure critical operations can continue,” the state notice said.

Christopher Porrino of Lowenstein Sandler said the treatment of law firms in Murphy’s executive order was “a good effort at trying to strike a reasonable balance between health concerns and economic concerns.”

But more restrictions on lawyers’ operations could be forthcoming, Porrino warned. He said Murphy is sure to monitor his regulation of businesses, and if the recent measures fail to slow down the spread of the virus, more regulations are likely. A shelter-in-place order, in which individuals are required to stay home, could be a likely next step.

“The logical place for the governor to go here in New Jersey is to get closer to a shelter-in-place order. I think the only way to know whether that’s going to happen is to see where the numbers [of infected people] go. Hopefully, we’ll see some trending down on the curve and we won’t need a more restrictive order,” said Porrino, who served stints as attorney general and as former Gov. Chris Christie’s chief counsel.

If that time comes, lawyers should not put up a fight, he says.

“I don’t think lawyers deserve any special or different treatment. We all need to do our part. The question of whether something is too restrictive is antithetical right now,” Porrino said.

Murphy’s executive order was issued after New Jersey State Bar Association President Evelyn Padin reminded him in a letter Saturday that “for most firms, some critical staff are still needed in the office in order to provide effective representation.”

Law offices have faced harsher restrictions in New York and Pennsylvania. In New York, an order issued by Gov. Andrew Cuomo that went into effect Sunday requires all nonessential workers to stay home. Cuomo stressed that businesses remaining open in the face of the restrictions could be fined and forced to close.

In Pennsylvania, Gov. Tom Wolf issued an order Thursday calling for all law firms to close their physical offices. The order said citations, fines and license suspensions would be initiated against those violating the order. But additional guidance was issued Friday allowing law offices to stay open on a “restricted basis” to perform functions that courts deem essential.

Some New Jersey lawyers nearly faced the prospect of more onerous restrictions last week. In Bergen County, which has seen the state’s largest concentration of exposures to the coronavirus, County Executive James Tedesco III issued a wide-ranging executive order imposing restrictions on law firms and other businesses on March 16. The order drew criticism from Padin, who wrote to Tedesco to complain the order was overly restrictive on lawyers. She said in the letter that recognition of lawyers’ needs to attend court proceedings and emergent matters left out “a whole host of activities.” Tedesco ultimately rescinded the order at the request of Murphy.

Some New Jersey firms have put extensive planning into improving their ability to transfer work by attorneys and staff off-site while still keeping operations going.

At McElroy, Deutsch, Mulvaney & Carpenter, the firm’s main office in Morristown was staffed Monday by a “skeleton crew” consisting of four or five secretaries and two or three employees in the accounting department, plus a handful of lawyers, said John Dunlea, the firm’s chief financial officer and chief operating officer. The firm’s Newark office has a slightly smaller skeleton crew, and the firm’s Tinton Falls office is closed. The firm’s offices in Lower Manhattan and in Rochester, New York, are closed due to New York’s wider-reaching shutdown on nonessential businesses.

“So far,  it seems to be working very well,” said Dunlea. As for the size of the skeleton crew, “I suspect we will be cutting back on that in a couple of days,” when fewer hands will be needed due to the completion of the firm’s payroll cycle, he says.

McElroy Deutsch formed a Pandemic Response Committee on March 2 in order to limit business disruptions from the coronavirus. Under that committee, the firm has issued 10 additional personal days to support staff, to assist those who need to stay at home due to the closing of schools, says Dunlea. On March 13 the firm implemented a telecommuting option for paralegals. The firm also significantly increased the number of remote access software licenses to ensure that attorneys and staff have the opportunity to work from home, and it purchased a number of new laptops.

Other jurisdictions have taken varying approaches to restricting law offices in light of the coronavirus. An executive order issued Friday by Illinois Gov. J.B. Pritzker ordered certain nonessential businesses to close but carved out an exemption for legal offices. Meanwhile, in Dallas, lawyers are not exempt from a countywide shelter-in-place order that requires citizens to stay home except when visiting grocery stores or pharmacies. The Dallas courts are still hearing essential matters such as family violence protective orders, but lawyers must participate in those hearings by telephone or video conference.

A review of actions taken by the NJSBA Board of Trustees 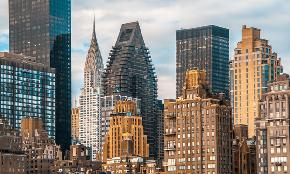 Rethinking Law Firm Real Estate When the Office Is Empty

Will the sudden shift to remote working accelerate the trends that are transforming modern law offices? 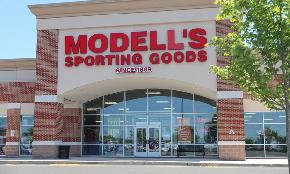 The proceedings provide a glimpse of how COVID-19 has further upended the already reeling brick-and-mortar retail industry.