Copyright Law columnists Robert W. Clarida and Robert J. Bernstein write: Appropriation artist Richard Prince is back in court this summer for alleged copyright infringement, and the initial proceedings do not augur well for his current efforts to defend his "recontextualizing" of another's photograph as a fair use.

Appropriation artist Richard Prince is back in court this summer for alleged copyright infringement, and the initial proceedings do not augur well for his current efforts to defend his “recontextualizing” of another’s photograph as a fair use. “Appropriation art” involves taking a prior work and presenting it in a different or altered context so as to add new meaning or expression to the prior work. A work of appropriation art may or may not qualify for the fair use defense depending on how the fair use factors are balanced in evaluating the parties’ works.

In 2013, readers of this column may recall, Prince won a controversial fair use ruling in the Second Circuit, Cariou v. Prince, 714 F.3d 694 (2d Cir. 2013), which held that his alterations of photographs by Patrick Cariou were sufficiently transformative to qualify as fair use of the plaintiff’s works under §107 of the Copyright Act. Cariou’s photos were “serene” black and white fine-art portraits of Rastafarians in Jamaica. Prince’s works, a series of paintings and collages called “Canal Zone,” were variously described by the court as “crude” “jarring” “hectic” and “provocative.” Thirty of Prince’s works were at issue in Cariou, and a divided panel of the Second Circuit reversed the Southern District of New York to find that 25 of them were fair use as a matter of law. The other five, involving “relatively minimal alterations” of the Cariou material, were remanded for further fact-finding. The case ultimately settled as to those remaining works in April 2014. 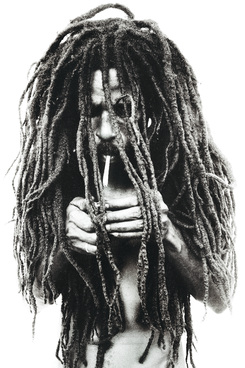