A Misguided Shift in Bail for the Wealthy: 'United States v. Boustani'

Not that long ago, individuals accused of non-violent, “white-collar” crimes were able to stay out of jail pending adjudication of the charges against them, obtaining bail packages that leveraged their substantial assets to satisfy the court’s concerns that they would appear for trial. Times have changed.

Not that long ago, individuals accused of non-violent, “white-collar” crimes were able to stay out of jail pending adjudication of the charges against them, obtaining bail packages that leveraged their substantial assets to satisfy the court’s concerns that they would appear for trial. In 2009, both Bernard Madoff, the investment manager accused of perpetrating the largest Ponzi scheme in history, and Marc Dreier, the Manhattan attorney charged with stealing $380 million from hedge funds and investors, sought release pending trial with proposed bail packages that, arguably, only the wealthiest of defendants could afford. Among other things, both defendants secured bail with personal recognizance bonds of $10 million and home detention secured by on-premises armed security guards—guards supplied by a security firm acceptable to the government, but paid for by the defendant or his family. See United States v. Madoff, 586 F. Supp. 2d 240 (S.D.N.Y. 2009); United States v. Dreier, 596 F. Supp. 2d 831, 834-35 (S.D.N.Y. 2009). 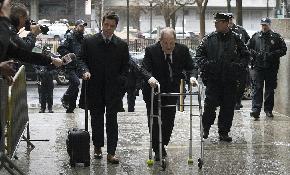 Manhattan Criminal Court Judge James Burke told the jurors that the trial would not be a referendum on sexual harassment, women’s rights, or the #MeToo movement. 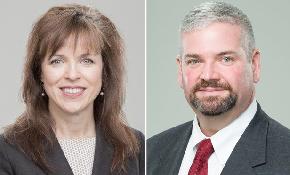 In their New York Court of Appeals Roundup, Lynn K. Neuner and William T. Russell Jr. discuss 'People v. Udeke', in the defendant argued that he was not clearly informed at his plea allocution that he had a right to a jury trial on the class B offense and that his plea accordingly was not a voluntary and knowing waiver of his rights. The court rejected the defendant’s argument. 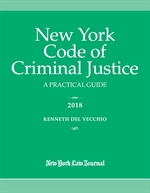 New York Code of Criminal Justice: A Practical Guide is a guide to the criminal statutes in New York. In addition to the full text of the New York Penal Law and Criminal ...