In their White-Collar Crime column, Robert Anello and Richard Albert discuss how the landscape of white-collar criminal enforcement has been altered under the President Trump’s pro-business administration.

The half-way point of President Donald Trump’s term offers an opportunity to examine the data and assess the impact of his administration on business-related prosecutions. The data confirms that, as many predicted, the landscape of white-collar criminal enforcement has been altered under Trump’s pro-business administration. Focused primarily on violent crime, opioid cases and, most notably, immigration violations, Justice Department statements and policies over the last two years have made clear that prosecuting business conduct is not a top priority. The administration’s shift in emphasis has resulted in a decline not only in the number of traditional white-collar cases brought, but also in the amounts of fines and penalties imposed on white-collar wrongdoers. At the same time, immigration-related offenses accounted for more than half of all federal prosecutions in fiscal year 2018.

At the American Conference Institute’s 19th Annual Conference on the Foreign Corrupt Practices Act in April 2017, then Acting Principal Deputy Assistant Attorney General Trevor N. McFadden acknowledged rumblings that federal prosecutors no longer were encouraged to pursue white-collar crime. Although the Justice Department was understood to be doubling down on the prosecution of violent crime “given the spike in violent crime—and especially in murders—in some areas of the country,” McFadden asserted that the Department nevertheless remained focused on a wide array of white-collar matters, including enforcement of the FCPA. 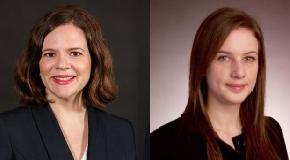 Sustainability in the Spotlight

In their Corporate Governance column, David A. Katz and Laura A. McIntosh discuss a governance initiative that, if successful, ultimately could have two significant effects on the ESG disclosure landscape: It may help generate a consensus as to common disclosure standards and, more importantly, it may increase the relevance of ESG disclosures to investors by heightening the quality, consistency, and impact of the information provided.