MetLife Makes Case Against 'Too Big to Fail' Designation

MetLife, represented by Gibson, Dunn & Crutcher partner Eugene Scalia, is challenging its designation as "too big to fail." During arguments on Tuesday, U.S. District Judge Rosemary Collyer in Washington expressed concern about the setup of the federal oversight council tasked with reviewing the health of U.S. banks and companies. 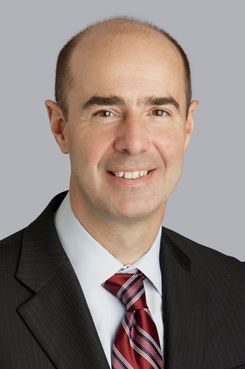 There were “troubling manifestations” of the council’s structure, Scalia argued. Throughout the council’s review of MetLife, he said, staff kept raising the bar on what evidence MetLife needed to present to prove its financial health.

Justice Department lawyer Eric Beckenhauer resisted the notion that there was an inappropriate co-mingling of roles within the council. He also argued there was no precedent that said agencies couldn’t blend functions.

MetLife argues that the oversight council changed the criteria it used to evaluate MetLife without acknowledging or explaining the change, in violation of federal law. The council said in its guidelines that it would assess MetLife’s actual “vulnerability” to financial distress, but instead assumed in its analysis that the company faced that distress.

Scalia also said the council improperly calculated the risk faced by entities with financial ties to MetLife and that it ignored the opinion of the one council member with insurance industry expertise, who dissented from the company’s formal designation as a “nonbank systemically important financial institution.”

Beckenhauer said the council did its analysis based on the criteria that Congress laid out, even if there were some difference with the language it used in separate, interpretive guidance related to the MetLife analysis. He defended the council as a necessary response to the collapse of the U.S. economy in 2008.

Collyer praised the “really excellent lawyering” by both sides. “Now,” she said, “we will go figure it out.”