The Supreme Court has agreed to decide whether federal law authorizes a United States district court to order discovery for use in private foreign arbitrations, an issue that has created a circuit split.

On March 22, the Supreme Court granted certiorari in Servotronics, Inc. v. Rolls-Royce PLC. The case concerns 28 U.S.C. §1782, which authorizes a federal district court to order those within the court’s jurisdiction to provide discovery for use in proceedings in a “foreign or international tribunal.” At the heart of the case is whether a private foreign arbitration qualifies as such a “tribunal.” Three circuits have decided that private arbitrations are not covered under that provision, holding that the key phrase refers only to state-sponsored foreign tribunals. Two others disagreed, reasoning that the word “tribunal” is expansive enough to encompass private arbitrations. ADR Services Inc., which has seven offices throughout California, has added 25 Zoom coordinator specialists, who act as a liaison between parties in virtual proceedings.

Michael Desmond wound up in the spotlight when Trump reportedly pushed for his nomination. Now at Gibson Dunn, Desmond said he'll seek to build up the firm's tax controversy practice. 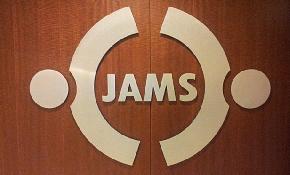 “Winston & Strawn learned about this email at the same time the NRA did, and we immediately agreed that it rendered the arbitrator unfit and he should be removed from the case,” the firm said in an email statement.