The harms of police presence in school are well-established—especially for students of color. Restorative justice is a tested, modest solution that can help.

By Thalia González and Rebecca Epstein | July 09, 2020 at 01:37 PM | The original version of this story was published on The National Law Journal
X

In this historic moment, cities across the nation are recognizing the damage caused by police presence in schools. From disproportionate action in response to small offenses, to police involvement in tantrums and dress code violations, officers militarize school environments in ways that harm all students, but especially students of color. In New York City, the schools chancellor recently announced that police will no longer be called to respond to low-level incidents; districts from Minneapolis to Denver to Portland, Oregon, are taking police out of schools altogether.

But the goal must be broader than removing police from school. When students return to classrooms, they will be carrying heavy burdens of trauma and violence. And science shows that trauma can change the very architecture of children’s brains—affecting focus, learning and relationships. Educators and policymakers should expect this, and prepare for it. If we want our schools to be places of healing, safety and health for all children, we need to invest in reconnecting and protecting youth.

Restorative justice practices are critical in providing that foundation. In the United States, restorative justice was first established in the criminal justice system as a form of victim-offender dialogue. Beginning in the 1990s, restorative justice has been used in schools as an alternative to traditional, exclusionary discipline, focusing less on punishment and more on righting wrongs and building healthy relationships to prevent future harm. It is also used outside the discipline context to serve proactive goals. Studies show, for example, that this approach builds student and teacher resilience, increases students’ connection to school, improves school climate, and dismantles the school-to-prison pipeline, a term that describes the path that begins with interactions with police in school and ends in contact with the criminal justice system. Ultimately, restorative practices support children’s social-emotional learning and restore community relationships.

The harms of police presence in school are well-established—especially for students of color. As one recent study shows, the odds of a student who is accused of a low-level offense in a school with police is between 1.38 and 1.83 times more likely to be referred to the justice system than in schools without police. And Black students are far more likely than their white peers to be arrested on campus, especially when compared to their proportion of enrollment.

Though restorative justice is widely adopted in schools across the country and embraced by education leaders, few school districts have made sufficiently sustained and significant investments to appropriately adopt these practices. New York Mayor Bill de Blasio and Schools Chancellor Richard Carranza announced last year that all city students would have access to restorative justice. But this commitment may be undermined by the proposed $475 million budget cut to New York City schools. And Oakland’s acclaimed program was at risk of losing its funding for restorative justice as part of an overall effort to slash nearly $22 million from the budget.

Now is not the time to cut support to practices that make schools safer, reduce discipline referrals, and decrease contact with police. This is the moment to rebuild the ecosystems in which children either build a healthy foundation for the future or are pushed from classrooms into confinement.

Of course, restorative justice cannot alone address the current upheaval affecting students. We have a duty to fill in the gaps created by decades of giving short shrift to students’ health and wellness: according to the U.S. Department of Education, 14 million students who are in schools with police do not have access to mental health counselors, nurses, psychologists or social workers. Even in schools with psychologists and counselors, the current 430-1 ratio of students to counselors falls far below the American School Counselor Association recommendation of 250-1. Schools must prioritize expanded mental health services, trauma-informed approaches, racial bias training and school-wide practices that provide wrap-around support for children.

Children’s experiences in school influence how, and how much, they develop and learn. Right now, their lives are being shaped by unprecedented trauma, uncertainty and disconnection. Black and brown students are the most vulnerable, given the disproportionate impact that both the pandemic and police violence have had in their communities and the lasting mark they will leave on our schools. In this moment of change and opportunity, our task is to invest in all children’s futures.

Solving systemic harms cannot happen overnight. But there is hope. Restorative justice is a tested, modest solution that can help.

Thalia González is an associate professor at Occidental College and a senior scholar at Georgetown Law Center on Poverty and Inequality.

Rebecca Epstein is the executive director of the Georgetown Law Center on Poverty and Inequality, and founder of its Initiative on Gender Justice and Opportunity. 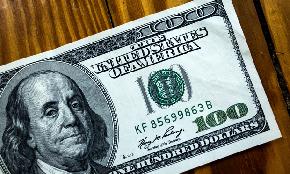 New Lawyer Salaries Crept Up in 2019, but COVID-19 Is Likely to Stymie More Increases

New data from the National Association of Law Placement (NALP) finds that 2019's law graduates enjoyed the strongest entry-level employment market in a decade. But the pandemic will likely curtail job opportunities for 2020 law grads and beyond. 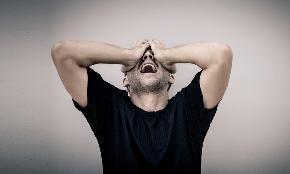 “We have tried multiple ways to recover the answers and are continuing to investigate the issue in hopes that we can recover answers and provide scores for at least some of the affected candidates,” the Law School Admission Council said in a statement.