For thousands of people caught in the nation’s web of criminal and immigration systems, being tracked around the clock by the government is part of everyday life. And for many, monitoring does more harm than good. But where is the outrage?

Recent revelations about private companies tracking and monetizing our location data have rightly triggered bipartisan alarm. Concern that the United States could become like China, where the government increasingly tracks citizens’ every move, is growing. According to a recently published New York Times investigation into smartphone tracking, “Within America’s own representative democracy, citizens would surely rise up in outrage if the government attempted to mandate that every person above the age of 12 carry a tracking device that revealed their location 24 hours a day.”

But all the news coverage of a potential surveillance state consistently leaves out one key fact: our government does track the precise location of thousands of Americans 24 hours a day—but few are rising up in outrage. Citizens and non-U.S. citizens caught in the vast web of our criminal and immigration systems are routinely ordered to wear GPS-equipped ankle monitors that track their location and, increasingly, listen in on their lives. And this surveillance is hardly new or race-neutral—it reflects years of racialized and targeted tracking of historically marginalized groups. While Harvey Weinstein’s missteps with electronic monitoring were well-publicized, the vast majority of people on monitors do not look like him and are not treated like him—they are disproportionately poor and people of color. And unlike Weinstein, problems with their monitors land them back in jail. 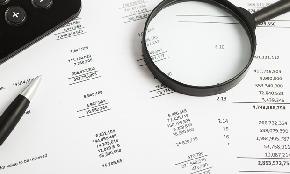 Once the immediate danger presented by COVID-19 has passed, congressional scrutiny and investigations can be expected to follow suit. 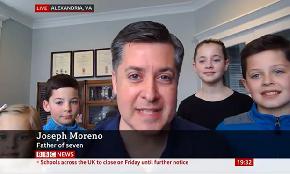 As the nation faces tough times, Cadwalader partner Joseph Moreno is taking the opportunity to teach his children humility and compassion. How to Effectively Manage Workforce Contraction in Turbulent Times

In response to the COVID-19 pandemic, some companies will seek to implement workforce reductions or reorganizations. Before doing so, employers must fully consider disparate impact, leave and other issues.