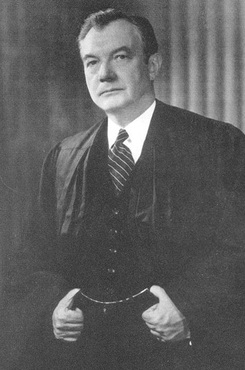 An essay written by the late Justice Robert Jackson nearly 70 years ago has just surfaced, and it casts a new light on his views about religion.

The late Justice Robert Jackson has long been revered by lawyers across the spectrum, not only because he was one of the court’s best writers, but also because he personified the even-handed prosecutor that government lawyers aspire to become.

Much has been written about U.S. Attorney General William Barr and other Trump Justice Department officials who view Jackson as “the patron saint of the rule of law.” Barr took dibs on Jackson’s official portrait when he took office last year, and the antitrust division, which Jackson once led, has created something of a shrine in Jackson’s honor, complete with Jackson memorabilia culled from the Library of Congress.