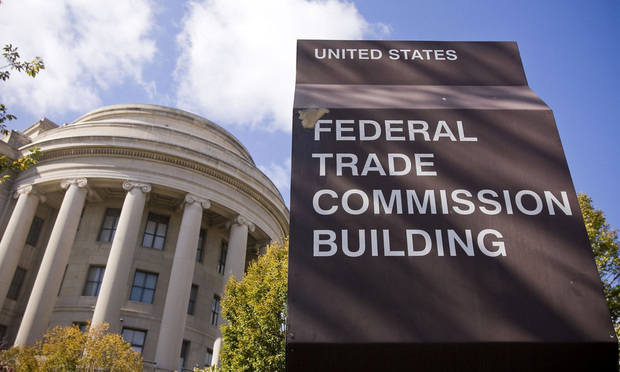 Ohlhausen, who joined the FTC from Wilkinson Barker Knauer, would return to a court where she formerly clerked.

After nearly a dozen years serving on the staff of the Federal Trade Commission, Maureen Ohlhausen left in early 2009 for the private sector. She didn’t stay long.

Three years later—after stints at a software industry trade group and the law firm Wilkinson Barker Knauer—Ohlhausen in 2012 was back at the FTC as a commissioner. In Washington’s legal community, colleagues took it as a clear sign she preferred public service.

Ohlhausen’s time in the public sector—currently limited by her six-year term as a FTC commissioner—now stands to be extended. On Tuesday, President Donald Trump nominated her for a seat on the U.S. Court of Federal Claims. Ohlhausen had been serving as acting chairwoman since January 2017. Trump intends to nominate Joseph Simons, an antitrust partner at Paul, Weiss, Rifkind, Wharton & Garrison, to lead the FTC as chairman.

At first glance, the Federal Claims nomination might appear head-scratching, as some in the defense bar said. The FTC and the agency’s issues don’t have a strong nexus to that court, which hears claims for money damages against the U.S. But the selection makes more sense on further inspection: In the early 1990s, Ohlhausen clerked for Judge Robert Yock of the Federal Claims court.

If confirmed, Ohlhausen would join about 10 other judges at the Washington-based Federal Claims court. Companies regularly sue the U.S. there over government contract disputes and alleged patent infringement. Property owners bring cases there that allege the U.S. unfairly took private land.

Ohlhausen, through a spokesperson at the FTC, declined to comment about the nomination.

“I am honored that the president has expressed his intent to nominate me to be a judge on the U.S. Court of Federal Claims, one of the oldest federal courts in our nation,” Ohlhausen said in a statement Tuesday. “In the meantime, I will continue to serve at the Federal Trade Commission until a time when I may be so fortunate as to be confirmed to the Court of Federal Claims by the United States Senate.” 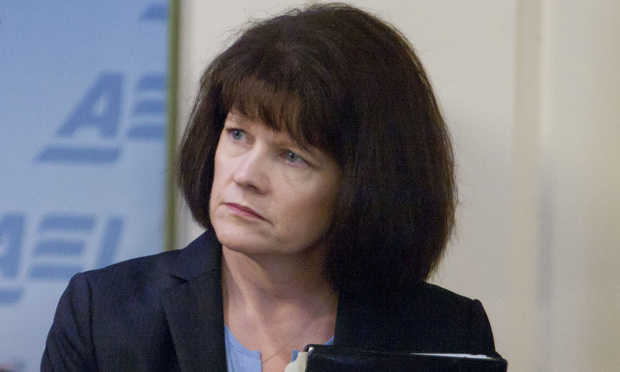 Bryan Tramont, the managing partner of Wilkinson Barker Knauer, said Ohlhausen would be a “terrific addition to the bench.”

“She has the right mix of intellect, temperament and character to serve the country well and she was a terrific pick by the president,” Tramont said. The firm did not have discussions with Ohlhausen about a possible return, he said.

“When Trump got elected, she really wanted to continue serving in this administration,” Tramont said. “That’s been the focus since the election.”

Trump’s nomination of Ohlhausen could push the White House to expedite the FTC nominations of Simons and consumer advocate Rohit Chopra. In October, the White House announced its “intent” to nominate the two, but it has yet to take the formal step of sending their nominations to the U.S. Senate.

Simons and Chopra have declined to discuss the delay. The White House reportedly is expected to formally nominate Simons soon. “We expect the Senate to have his official nomination very soon and to confirm him swiftly,” Deputy Press Secretary Lindsay Walters said in a statement, according to Reuters,  which reported that Simons and Chopra are expected to be confirmed before Ohlhausen leaves.

The FTC is currently shorthanded, with only Ohlhausen and Commissioner Terrell McSweeney sitting on a panel with five seats—a dynamic that requires the two to agree for the agency to challenge a merger, approve a settlement or bring an enforcement action.

In recent years, FTC commissioners have taken a variety of paths after leaving the agency.

“[Ohlhausen] always has had, on any issue, an open mind,” Leibowitz said Wednesday. “She listens to both sides in any debate. She follows the law. She has a deep knowledge of IP issues, which is one of the areas of the court. She’s a fabulous choice and she’ll be a great judge.”

A Bush-era chairman, William Kovacic, teaches global competition at the George Washington University Law School. Tim Muris, the first FTC chairman in the George W. Bush administration, is now senior counsel at Sidley Austin, a firm that has represented Herbalife Inc. on compliance matters associated with the company’s $200 million settlement with the FTC.

Former Bush-era FTC member Pamela Jones Harbour, joined Fulbright & Jaworski in 2010, and then moved to Baker & Hostetler, where she worked for 10 months. In 2014, Harbour was named senior vice president and legal officer at Herbalife.

This Paul Weiss Partner Got the Trump ‘Intent’ to Lead the FTC. What’s the Delay?

FTC’s Equifax Investigation Is Part of ‘Unprecedented’ Year Ahead