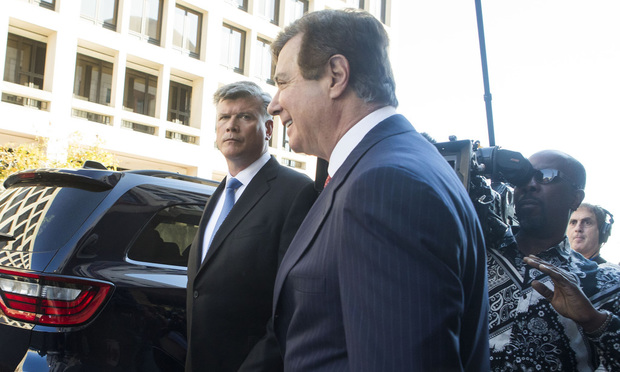 "Mr. Mueller's investigation of Mr. Manafort has extended far beyond 'links and/or coordination between the Russian government,'" the complaint in DC federal court alleges.

Former Trump campaign chairman Paul Manafort sued the U.S. Justice Department on Wednesday, alleging that Robert Mueller’s special counsel team has strayed far from its mandate by prosecuting him on charges related to past foreign lobbying work unrelated to his role in last year’s presidential race.

The complaint—filed by his criminal defense attorney, Kevin Downing—escalates Manafort’s legal battle against the special counsel and argues that the charges are entirely unrelated to the Mueller team’s task of investigating ties between Trump’s presidential campaign and the Russian government.

The lawsuit requests that a federal judge declare Mueller’s appointment invalid and set aside all actions taken against Manafort.

Downing, who had previously criticized the charges as “ridiculous,” also argues that Deputy Attorney General Rod Rosenstein exceeded his authority to appoint a special counsel when he gave the prosecutors the additional power to investigate “any matters that arose or may arise directly from” that investigation. Rosenstein made the Mueller appointment after U.S. Attorney General Jeff Sessions announced his recusal.

“Mr. Mueller’s investigation of Mr. Manafort has extended far beyond ‘links and/or coordination between the Russian government and individuals associated with the campaign of President Donald Trump,’” Downing wrote in the lawsuit. “The investigation has focused on Mr. Manafort’s offshore business dealings that date back to as early as 2005—about a decade before the Trump presidential campaign launched—and have been known to the United States government for many years.

A spokesman for Mueller declined to comment. A Justice Department spokesperson reportedly called the suit “frivolous.”

THREAD. Why Manafort’s lawsuit against Mueller/DOJ is so silly.
This will take just 2 pictures. 1. Rosenstein said in testimony last month that Mueller had received authorization for all he’s doing, and if there was any ambiguity about it, he got Rosenstein’s permission: pic.twitter.com/SJ60pxy2b3

“I’ve rarely seen a lawsuit this frivolous,” Katyal said Wednesday night appearing on The Rachel Maddow Show. He continued: “At the end of the lawsuit I think there’ll be one big winner.” And that would be Mueller.

Manafort’s civil lawsuit was assigned to U.S. District Judge Ketanji Brown Jackson, an Obama-era appointee who joined the bench in 2013. Jackson was later considered for the U.S. Supreme Court seat that opened up after the death of Antonin Scalia.

Manafort’s lawsuit is posted below: