For U.S. Supreme Court Justices, Secrecy Is Part of the Job

Gabe Roth, executive director of the court transparency group Fix the Court, said calling the court the most transparent branch is just wrong. “That’s a laughable statement, and Chief Justice Roberts knows it," Roth said in an email, calling some of the court's practices “galling."

Supreme Court Justice Hugo Black was hospitalized, his health failing, when he gave his son Hugo Jr. an order: Burn the papers. Worried that the publication of certain of his private notes could harm the court or his colleagues, he insisted on their destruction.

“Operation Frustrate-the-Historians,” his wife called it. As for the reporters asking the hospital about his condition: “Tell them nothing,” Black told his son. 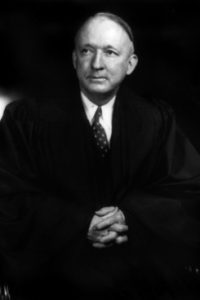 'It's Unseemly': Ethics Experts Unsettled by Federal Judges Trying to Control Who Replaces Them