Before acquiring a China-based power tool company, Stanley Black & Decker provided trade compliance training to employees and senior management at the Chinese company that agreed in writing to stop doing business with Iran. But its efforts were ultimately insufficient, according to the Treasury Department.

Before acquiring a Chinese power tool company, Stanley Black & Decker Inc. took several steps to discourage the business from continuing to export its products to Iran, including training employees about the Foreign Corrupt Practices Act and sanctions violations.

But Stanley Black & Decker’s efforts were ultimately insufficient, according to the Treasury Department and its Office of Foreign Assets Control, which has reached a $1.8 million settlement with the New Britain, Connecticut-based tool company. 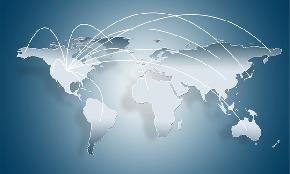 Issues for US Directors on Foreign Boards—Part I

In this two-part series, Baker Botts partners,, Brendan Quigley, Andrew Lankler and Danny David discuss the heavily talked about topic of U.S. individuals’ involvement on foreign boards and what they need to know by getting involved.


The Gwinnett County Law Department is seeking an attorney with 9+ years of experience practicing employment law in a government setting. Me...