About a year ago, I wrote two articles for Corporate Counsel about the 2017 CLOC conference—one article appeared in advance of the meeting to discuss what registrants might expect; the other was published after the conference ended to offer up some concluding thoughts and explore top takeaways. 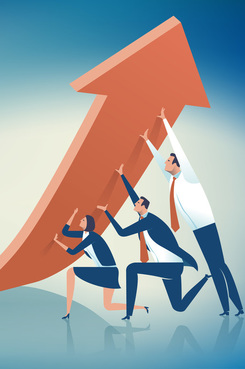 About a year ago, I wrote two articles for Corporate Counsel about the 2017 CLOC  conference—one article appeared in advance of the meeting to discuss what registrants might expect; the other was published after the conference ended to offer up some concluding thoughts and explore top takeaways. Since the 2018 Institute starts on Sunday, April 22, I thought I’d revisit the ideas and energy of last year’s event and take a look at the promise and deliverables anticipated for this year’s meeting.

A quick introduction for those of you who don’t know about CLOC: CLOC is the Corporate Legal Operations Consortium—a volunteer-driven group made up of legal ops professionals (both lawyers and professional staff) who carry the full-time and multidisciplinary responsibilities of law practice management in legal departments; there’s also a robust group of interested parties that orbit around the CLOC membership community—ALSPs (alternative legal service providers) and law firms, consultants, legal tech innovators, and managed service companies; the collective group that many CLOC-ers, led by co-founder Connie Brenton, refer to as their partnering “ecosystem.”

The 2018 Institute returns to Las Vegas on April 22-25, and will once again be the largest gathering of the legal operations “ecosphere” in the world. CLOC hosted its first large-scale conference of this kind in 2016 and surpassed even their own expectations with the 2017 show and participant engagement; anticipation for 2018 must be both thrilling and daunting for the leadership. The recognition paid to the sophistication and accomplishments of the legal ops community, the growth in sheer numbers and status of the ops function in the last few years, and the rising importance of networks like CLOC (which can actually sway legal leadership thinking and put legal tech, product and service vendors on the map), continues to grow at a breathtaking pace that is unusual for any market, but is especially notable in the normally glacial change environment of the legal profession.


The Gwinnett County Law Department is seeking an attorney with 9+ years of experience practicing employment law in a government setting. Me...