To date, 69 firms have announced cuts in lawyer salary (excluding changes to equity partner compensation). The cuts have advanced across the Am Law 200 as expected: they started out among firms in low profit margin buckets and then broadened to higher margin buckets and deepened within the buckets, as evidenced by the curves advancing rightward and upward over time in the below figure. The rate at which firms are cutting salaries has started to slow—11 firms in the last two weeks compared with 16 in the two weeks prior to that.

What does this suggest for what happens next? No one knows, but three thoughts. First, while the announcements of cuts have slowed, the number in the last two weeks is large enough to suggest they’ve not ended. Based simply on the shape of the curves on the chart, we might particularly expect more announcements from firms in the under 25% and 40-to-45% buckets. Ten Ways to Avoid a Repeat of the Diversity Recession

With 10,000-strong of its trainees in the market, the Leadership Council on Legal Diversity is hopeful this recession will have less of an impact on minorities than the Great Recession. LCLD president Robert Grey recaps what leaders of member organizations are doing to make sure that's the case. 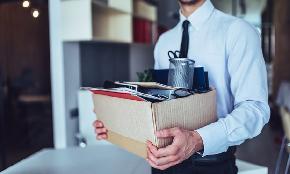 Are Layoffs Coming? And If So, Who Will Be Impacted?

Hugh A. Simons explores whether the legal industry will experience layoffs in the months ahead, using data to predict which attorney segments may be impacted and at what rates. Simons also explores how firms should handle cuts differently than they did in the Great Recession. It's a Buyer's Market for Law Firm Real Estate, as Many Mull Office Space Options

Even in the most competitive major markets, landlords are eager to keep law firm tenants and get new ones.