At least one law firm in New York has laid off some staff. Many firms are seeking credit and anticipating a dealmaking downturn.

In barely two weeks, the coronavirus has had sweeping financial effects in the legal industry, leading to layoffs for some staff, an expected drop in billable hours in some areas, and many firms seeking to extend their credit lines at banks.

While some employment and cybersecurity lawyers report an uptick in demand due to the virus, other attorneys are experiencing immediate financial consequences, at a time when some governments have forced the closure of all nonessential businesses.

Robinson Brog Leinwand Greene Genovese & Gluck, a Manhattan business law firm with about 50 attorneys, laid off some number of staff earlier this week, citing the virus, according to an email from managing partner Roger Raimond seen by Law.com.

“The executive committee made the decision to trim our roster to curb the potential negative economic effects we face,” Raimond wrote. “Although we are all saddened by the reduction in our staff, the decisions were made in an effort to maintain the firm’s longterm viability.”

It’s not clear how many people were laid off. Raimond and a public relations representative for Robinson Brog didn’t respond to comment requests about the layoffs.

While reports of law firm layoffs are still few, many firms are immediately tapping banks to extend their credit.

Naz Vahid, head of Citi Private Bank’s Law Firm Group, said the number of firms requesting to increase their credit lines—which law firms routinely tap in the early months of the year, when collections are slower—is currently six times higher than it was at the same time last year. She said law firms’ requests are consistent with what other big corporations are doing.

“It’s too soon to tell” which practices may be the most impacted by the economic slide, Vahid said. In an email, she added, “If firms are diversified, they have not seen hours being down. But there is some expectation that as [a] slowdown happens, there will be a change.”

In particular, some firms expect to see a dip in their mergers and acquisitions practices while their dealmaking clients wait for the economic slump to bottom out, sources said.

Eric Talley, a professor at Columbia Law School and co-director of its Millstein Center for Global Markets and Corporate Ownership, and two other law professors found that more than 150 deals worth a collective half-trillion dollars were waiting to close when the economy seized up. They also analyzed a dataset of M&A deals found fewer than 10% of them explicitly carved out pandemics from force majeure clauses.

Some litigators expect lower billable hours and slower collections. Elkan Abramowitz, whose firm Morvillo Abramowitz Grand Iason & Anello works on white-collar matters and civil litigation, said while some activities are continuing apace, like writing briefs and letters, lawyers can’t put in the kind of 10- and 16-hour days they might put in preparing for a trial when there are no trials to prepare for, he said.

“Can’t bill as much, can’t collect as much, our clients won’t be in the mood to pay so quickly,” he said. “People are not able to put in the same kind of intense work, with some exceptions.”

Firms whose lifeblood is contingency work could also find themselves in financial strain. Mark Zauderer, a partner at Ganfer Leeds Shore & Zauderer in New York, said it was too early to say what the financial impact of the coronavirus would be, but noted that with trials suspended, there would be less pressure on litigants to settle. That’s bad news for lawyers who only get paid when a case is resolved, he said.

Law firms’ ability to weather the storm will partly hinge on how smoothly they can conduct their remote operations during the pandemic.

Law firm management consultant J. Mark Santiago of SB2 Consultants said the switch to widespread remote work wasn’t without its hiccups, noting that, earlier this week, at least two Am Law 50 firms were having networking capacity issues because so many people are working from home.

Uptick in Some Areas

For many lawyers, the outbreak has kept them busy. Insurance litigators have been busy parsing coverage exclusions, cybersecurity counsel have advised clients that have suddenly pivoted to remote work and employment lawyers have advised on workplace safety regulations and layoffs.

Even if current M&A deals are stuck in a holding pattern, disputes related to mergers that have yet to close could soon jump. Talley, the Columbia Law School professor, said ambiguity in many force majeure clauses could force parties into the courtroom, or at least back to the negotiating table.

“I’ve definitely heard a little bit of chatter among people that suggests that a lot of folks are effectively waiting for buyers to start declaring these force majeure provisions to have been triggered,” he said in a Thursday interview. “My guess is this: if there’s one big growth area for legal practitioners and experts, it’s going to be in these areas in the next year, year and a half.”

Jason Gottlieb, who runs the white-collar and regulatory enforcement practice at Morrison Cohen, said he’s been going through force majeure clauses with a fine-tooth comb and helping vet clients’ press releases related to the coronavirus outbreak to avoid litigation risks. He and colleagues have been “plenty busy,” he said.

New suits aren’t necessarily slowing down, either. Philip Geron, whose firm Guaranteed Subpoena Service serves court papers in New Jersey and internationally, said he hadn’t seen any sign of a slowdown from the 33,000 customers he works with. He said process servers were finding their jobs a little easier because more people are at home.

While Vahid said law firms had a good first two months of the year, generally speaking, economists at several major banks have predicted the U.S. economy will shrink at an annualized rate of 13% or more in the second quarter. Some law firm management consultants say they’ve heard predictions of a rocky second and third quarter and improvement afterward.

“Everything’s happening so quickly,” said Lisa Smith of Fairfax Associates, noting an eight-week shutdown is one thing. If the shutdown lasts until July or August, she said, then “it’s not so much the firms themselves, but what happens to their underlying (client) business.”

With Economy on the Brink, Will the Lateral Partner Market Dry Up? 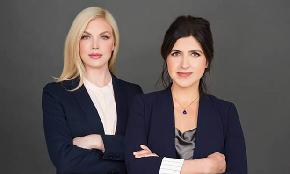 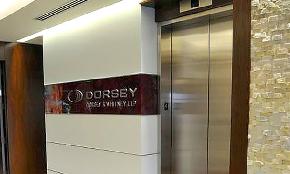 The Minneapolis-based law firm has already capped the value of its monthly equity partner distributions. But starting in June, the firm's attorneys, as well as its staff who make more than $150,000 per year, will see a 10% to 20% cut in pay for the rest of the year. 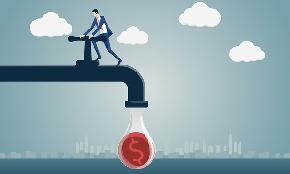 Rates for top associates at firms such as Weil, Gotshal & Manges and Kirkland & Ellis are rising just as a new wave of Chapter 11s gathers steam. A filing shows J.Crew paid its lawyers at Weil close to $12 million in the 90 days before the company filed for bankruptcy this month.

An essential guide.... It should be on the desk of every managing partner. Robert W. Hillman, Esq., Professor of Law, University of California at Davis,Author,...