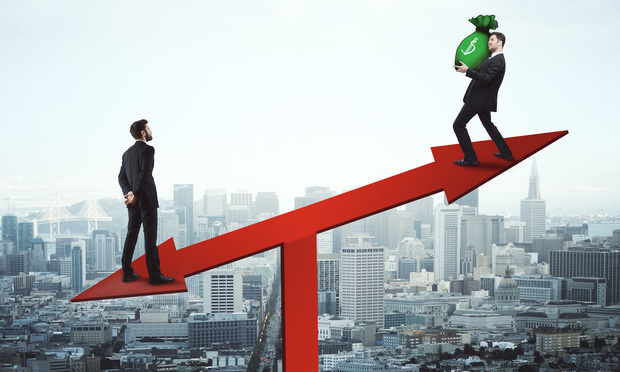 After hiring a top in-house lawyer at AIG to rethink its pricing strategies, Hogan Lovells finally told a cherished client: “We cannot afford to work for you."

Scott Green, the global chief operating and financial officer at 2,600-lawyer Hogan Lovells, said the firm addressed that conundrum with a client about two years ago, after it hired pricing expert Terry Williams, a former associate general counsel and deputy director of legal strategies at American International Group Inc.

The client brought “a lot of honor to the firm,” according to Green. But Hogan Lovells finally made it clear: “We cannot afford to work for you,” Green said.

Eventually, with Williams’ help, the firm renegotiated its rate agreement with the client, preserving and strengthening the relationship.

Green recalled: “We loved it so much that we were working for nothing. Then Terry came in and said, ‘This just isn’t fair to the firm.’” 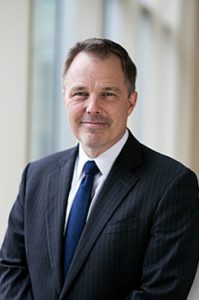 New York-based Williams, whose formal title at the firm is global director of strategic pricing, started at Hogan Lovells in 2015. He has since installed a 10-member team—most with client-side legal department experience—that he expects to grow to 14 professionals by the end of 2018.

Williams said the leadership at Hogan Lovells has allowed him “to disturb some paradigms” in the firm’s approach to client pricing. In his first year on the job, he traveled to many of the firm’s 51 offices, explaining to the lawyers there what his team could do for them.

“We were kind of setting the brand of the pricing team and showing our abilities,” Williams said. The two chief concepts that Williams sought to communicate were: First, “the price spectrum is very small” and, second, most fee negotiations hinge upon “the secondary needs you address with the clients,” he said.

He and his team also have demonstrated the value of bringing rich, client-specific data to fee negotiations. Together, those efforts have led to “real increases in realized rates per hour and fair profits” at Hogan Lovells, according to Green, who previously worked for Wilmer Cutler Pickering Hale and Dorr and Pepper Hamilton.

Hogan Lovells has invested more deeply in a professional pricing group than many other law firms, although plenty of them have gone down that path, according to Daniel Ronesi, director of business-of-law consulting for Atlanta-based software solutions provider Aderant. (Ronesi will be speaking on the subject of law firm pricing at a conference in May.)

“I think it’s definitely outside of the norm, even with as many lawyers as the firm has. It’s a very robust pricing team for a law firm today,” Ronesi said of Hogan Lovells’ efforts.

“Our clients seemed to have gotten ahead of us,” Green recalled.

To gain leverage with clients, Williams’ team develops data particular to each client that shows them the value they are getting from Hogan Lovells. The specifics may range from standard market rate breakdowns to efficiency savings projections; forecasting qualitative outcomes against projected risks; and client-specific historic legal hourly legal spend modeled against alternative fee proposals.

Dennis Tracey, head of litigation for the Americas at Hogan Lovells, says his department has established an ironclad rule: Any lawyer who wants to negotiate an alternative fee arrangement with a client “has to run it by Terry and his team,” Tracey said.

Tracey calculates that, as a direct result of the pricing team’s influence, his department’s domestic litigation revenues per lawyer rose 5.2 percent in 2017. The firm has entered into alternative fee arrangements with several major clients that have agreed to give Hogan Lovells all their domestic litigation matters in exchange for negotiated flat fees, generating $34 million in revenues, Tracey said.

But Green said it’s not just about smart pricing helping the firm secure a large volume of work. He said the pricing group has also given Hogan Lovells’ lawyers more confidence to negotiate higher fees, even with their most-cherished clients. Pre-Williams, he said, “we were afraid,” but being able to harness data-driven strategies has changed that.

All of this has made Williams a popular figure at the firm. “When he comes into my office, we give Terry what he needs,” Green said.