Microsoft, with a $290 million jury verdict against it at stake, on Thursday lost a hard-fought patent battle in the U.S. Supreme Court. Justice Sonia Sotomayor, writing for a unanimous Court, held that alleged infringers — here Microsoft — who raise as a defense that the patent at issue is invalid must prove it by clear and convincing evidence. 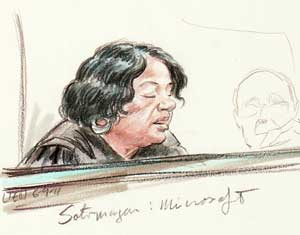 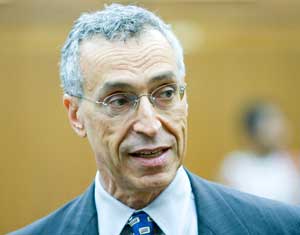 Microsoft, with a $290 million jury verdict against it at stake, on Thursday lost a hard-fought patent battle in the U.S. Supreme Court. Justice Sonia Sotomayor, writing for a unanimous Court, held that alleged infringers — here Microsoft — who raise as a defense that the patent at issue is invalid must prove it by clear and convincing evidence. In Microsoft v. i4i, Sotomayor rejected the software giant’s arguments that a lesser standard of proof — preponderance of the evidence — is the correct standard under the Patent Act of 1952, even when the U.S. Patent and Trademark Office has failed, in considering the patent application, to examine the so-called prior art. The ruling affirmed a decision by the U.S. Court of Appeals for the Federal Circuit, which has taken a drubbing by the U.S. Supreme Court in recent years. Thursday capped a good week for the circuit court as the Microsoft decision was its second patent ruling upheld by the justices. On Monday, the Supreme Court in Stanford University v. Roche Molecular Systems upheld a Federal Circuit decision involving patent rights to inventions developed from federally funded research. The Microsoft ruling also was the second patent victory of the week for Wilmer Cutler Pickering Hale and Dorr. Former Solicitor General Seth Waxman, chairman of the appellate and Supreme Court practice, represented i4i. And Mark Fleming, an appellate partner in Boston, represented the victorious Roche. “These are the first two cases that I can recall in which the Supreme Court has affirmed the Federal Circuit when it ruled on behalf of the inventor, and in this case, i4i is the patent holder as well,” said Waxman. “A cert grant from a Federal Circuit opinion usually means reversal because there are no circuit splits.” For i4i, the decision means one of the single largest patent judgments in history, he said, adding, “i4i is a small innovative company that really depends on its patents. For U.S. industrial policy in general, if the Court had reversed, it would have completely upended a long stable regime that is essential to the innovation economy.” Microsoft was sued by i4i, a Canadian software consulting company, for infringing i4i’s patent on a form of markup language called Extensible Markup Language (XML), a method for determining how the content of an electronic document will look. Microsoft had incorporated the XML language into its 2003 and 2007 Word software. It claimed that the i4i patent was invalid because i4i had sold the product for four years before receiving a patent. Prior use renders an invention ineligible for patenting. But a jury found, and the Federal Circuit agreed, that Microsoft was unable to prove by clear and convincing evidence that i4i’s patent was based on technology already in the marketplace. In her opinion, Sotomayor noted that the Court, in a 1934 decision tracing the common-law presumption of patent validity, explained that an alleged infringer challenging a patent’s validity will fail “unless his evidence has more than a dubious preponderance.” The common-law presumption, she said, reflected “the universal understanding that a preponderance standard of proof was too ‘dubious’ a basis to deem a patent invalid.” By the time Congress enacted Section 282 of the Patent Act of 1952, establishing that a patent is presumed valid, she added, that presumption had long been a fixture of common law. “According to its settled meaning, a defendant raising an invalidity defense bore ‘a heavy burden of persuasion,’ requiring proof of the defense by clear and convincing evidence,” said Sotomayor. A common-law term comes with its common-law meaning, she wrote, and “[w]e cannot conclude that Congress intended to ‘drop’ the heightened standard of proof from the presumption simply because Section 282 fails to iterate it.” The Federal Circuit, she added, has interpreted Section 282 this way for nearly 30 years, and Congress has never considered a proposal to lower the standard of proof. Justice Stephen Breyer, joined by justices Antonin Scalia and Samuel Alito Jr., filed a concurring opinion to emphasize that the clear and convincing standard applies only to factual disputes and not to legal questions. Justice Clarence Thomas concurred in the judgment, saying he did not believe Congress codified a standard of proof in the Patent Act, but he believed the clear and convincing standard was the common-law rule. Chief Justice John Roberts Jr. recused from the case because he holds Microsoft stock. Microsoft, represented by Thomas Hungar of Gibson, Dunn & Crutcher, drew a blizzard of supporting amicus briefs from high-tech companies such as Apple and Google; i4i was backed by such large patent holders as 3M, Bayer and Genentech. “There were a lot of patent litigators who had hoped that the Court would adopt a lesser standard of proof for information that was not before the patent office during prosecution, but those hopes have been dashed,” said intellectual property litigator David Conca of Paul, Hastings, Janofsky & Walker. “The Court’s decision makes clear that, while the factfinder may consider whether information had been considered by the patent office during prosecution in determining invalidity, the ultimate standard of proof remains at clear and convincing evidence.” Agreeing with Waxman, Max Grant, global co-chairman of Latham & Watkins’ intellectual property litigation practice group, said, “By affirming the status quo and endorsing the analysis set forth by the Federal Circuit, the Supreme Court wisely left alone a complex area of the law that balances many competing interests.” Any fundamental change, he added, “would have significantly impacted competitive incentives and would have likely resulted in many unintended consequences.” Marcia Coyle can be contacted at [email protected].