For Blue Bell, Pennsylvania-based law firm Elliott Greenleaf, the recent death of one co-founder was followed sooner than expected by his co-founder’s unexpected death. 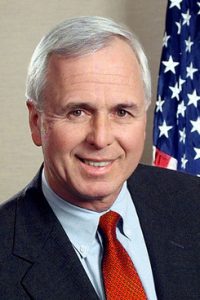 Co-founder, chairman and CEO John Elliott died March 12 of a heart attack at the age of 79. Just weeks before, the firm said goodbye to his co-founder, Stewart Greenleaf, who was also a known name in Pennsylvania politics.