In this episode of the Perspectives podcast we’ll hear highlights from the "The Importance of Security and Integrity within the Virtual ADR Process" a presentation delivered by The Honorable John P. DiBlasi.

In this episode of the Perspectives podcast, sponsored by NAM (National Arbitration and Mediation) and hosted on Law.com, we’ll hear highlights from the June 11th presentation titled, The Importance of Security and Integrity within the Virtual ADR Process.

Teleconferencing and videoconferencing are hot topics in today’s environment. Legal professionals are using this form of communication now more than ever, which heightens the exposure to cybersecurity threats. “User hygiene” should be top-of-mind to ensure that mediations and arbitrations are not subject to attack by hackers. The Honorable John DiBlasi discusses protocols and guidelines to help minimize security concerns surrounding virtual proceedings; specific issues that arise during online arbitrations and mediations, and more.

The full on-demand webcast can be found here: https://www.law.com/2020/05/04/the-importance-of-security-and-integrity-issues-within-the-virtual-adr-process?pc=podcast.

The Honorable John P. DiBlasi’s illustrious career includes 10 years spent as Justice of the Supreme Court, Commercial Division where he resolved hundreds of matters. As the presiding justice of the commercial part in the court in which he sat, he developed the rules for discovery practice and for the trial of commercial matters which are similar to those used in the federal courts. While on the bench he presided over complex commercial litigation involving contracts, employment, real property/land use and environmental litigation matters and developed extensive experience in the trial and settlement of complex commercial matters. Judge DiBlasi created the Commercial Alternative Dispute Resolution (ADR) Program, which was successfully implemented by the Court.

In 2020, for the seventh year in a row, Judge DiBlasi was named one of the Top Three Mediators in the United States by The National Law Journal Best Of Survey (voted #1 four years in a row). He was voted the #1 mediator in the United States by the 2018 Corporate Counsel Best Of Survey and for the third year in a row, he was named a National Law Journal Alternative Dispute Resolution Champion, as part of a select group of only 46 nationwide. Further, he was ranked a Top Ten Mediator in the 2019 New York Law Journal Best of Survey for the tenth consecutive year. He has consistently been designated a Super Lawyer since 2013 and holds an AV Preeminent Peer Rating from Martindale-Hubbell in both Alternative Dispute Resolution and Litigation – a distinction given only to those who possess the highest ethical standards and professional ability. Read his full bio here. 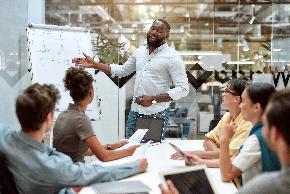 Webcast Date - Wednesday, August 5, 2020 || Technology plays a vital role in automating and identifying the right data to delete when responding to a data breach. Developing a solid data retention strategy is key to managing and protecting your organization’s important data, while avoiding fines and penalties.

E-discovery in 2020: COVID-19’s Impact on Our Data Footprint

Webcast Date : Tuesday, August 25, 2020 | The pandemic has affected the entire world in many ways, personally and professionally.