Nevada is leaning toward an open-book, online test, while Louisiana is paring its test back to just one day.

Nevada and Louisiana have joined the short but growing list of jurisdictions taking extraordinary measures in handling the upcoming bar exam amid the coronavirus pandemic.

Louisiana will eliminate the Multistate Bar Exam—the 200-question multiple-choice portion of the test—in order to pare its three-day exam down to one day, which will be offered in-person July 27 and Oct. 10. Meanwhile, the Nevada Supreme Court has asked the public to weigh in to cut the state’s exam down to one day, deliver it online, and make it open book. It is accepting comments through May 14 and is expected to reach a final decision by May 22.

“The law school appreciates the leadership of the Nevada Supreme Court enabling our students the chance to obtain a professional license, even in a time of crisis,” said Daniel Hamilton, dean of the William S. Boyd School of Law at the University of Nevada, Las Vegas, which is the state’s only law school.

Jurisdictions across the country are struggling with how to handle the upcoming attorney licensing test amid the COVID-19 pandemic, and graduating students are worried about whether exams can take place safely, whether they will face last-minute postponements, and whether they will even be able to secure a seat for the test due to limited testing facilities.

The vast majority of jurisdictions have either said they are moving forward with the July test as scheduled with some added safety protocols, or have postponed the exam until one of two alternative September dates offered by the National Conference of Bar Examiner. (The national conference develops the bar exam.)

But a few smaller states are charting their own path on the exam, both to ensure the health and safety of test takers and to help reduce the pressures on recent law graduates, many of whom are facing their own health and economic challenges due to the coronavirus. Utah last month adopted an emergency diploma privilege that allows some recent graduates to skip the bar exam altogether and become licensed in the state, provided they complete 360 hours of legal work under the supervision of a licensed attorney. And last week, the Indiana Supreme Court ordered that the July bar exam be shortened to one day and delivered online. Massachusetts has committed to offering an online bar exam in September if it’s unsafe to give the test in-person then, while California is working to determine if its rescheduled September exam can be delivered online.

Under the Nevada proposal, the Multistate Bar Exam portion would be eliminated. Instead, test takers would complete eight Nevada law essay questions and a Nevada version of the Multistate Performance Test over two days. And the test would be fully online.

“Since there is no way to prevent a test taker from accessing outside materials during each session, the exam would be open book,” reads the proposal, submitted by the State Bar of Nevada’s Board of Bar Examiners. “As a practical matter, this would be relatively meaningless since an applicant who does not know the material would not have the time to search for answers to the question in the time allotted.”

Security is one of the most pressing challenges bar examiners face in trying to move the in-person exam online. Test takers in Nevada will have to verify their identities with proctors before each session, and those who lack the necessary technology to take the exam online will be accommodated in a small group settings. Nevada is a relatively small bar exam jurisdiction. Just 313 people sat for the July 2019 exam there.

Louisiana also tests a relatively small number of aspiring lawyers in July—503 people took its July bar last year. It’s not entirely clear what the state’s one-day, in-person exam will consist of, though the Louisiana Supreme Court Committee on Bar Admissions has promised to provide more information on the scope of the retooled exam by May 15. That format will be used for both the July and October test dates. What is clear is that Louisiana won’t be using the Multistate Bar Exam.

The exam will be administered in four different cities: New Orleans, Baton Rouge, Lake Charles, and Shreveport. Test takers may indicate which site and date they prefer, with priority given to first-time test takers, based on when they submitted their application and bar fees.

All of these plans are subject to change, depending on the trajectory of the pandemic, however.

“The [committee on bar admission’s] plan to proceed with a one-day examination in July and October is based on currently available public health information,” reads the announcement from the Louisiana Supreme Court. “As the COVID-19 situation continues to evolve, that information may change and the Court and the [committee] may consider other options, including cancelling either exam.” 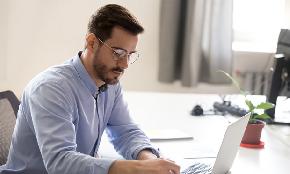 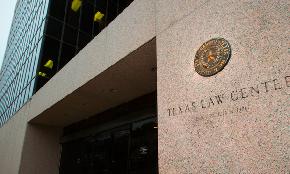 Three attorneys who sued the State Bar of Texas over mandatory membership and dues requirements have lost their case and now must pay the bar's costs.