Some litigation funders are seeing a flood of inquiries from law firms as they brace for the economic and litigation realities of life after the global pandemic.

Although litigation funders were certainly not hoping for a global pandemic, some of them were ready for one.

In the last two years, Omni Bridgeway, formerly Bentham IMF, has been preparing for an economic downturn and has built up its insolvency practice, said Allison Chock, the Los Angeles-based chief investment officer and U.S. legal counsel for the litigation funder. So this month, when the litigation funder was bombarded with funding requests for insolvency and insurance coverage cases, the team was ready to act.

But ligation finance is not quite business as usual, as the economic toll from COVID-19 quickly spreads across business sectors.

“What you would consider a no-problems-in-collections type of defendant—there is no such thing now,” Chock said.

As more law firms reach out to lit funders in anticipation of a drastic economic downturn, funders such as Omni Bridgeway are bracing for the influx of business and adjusting investment operations in preparation for a post-pandemic world.

Besides insurance and insolvency, Omni Bridgeway has also seen an uptick in firms and companies that are interested in assessing liquidity and monetizing court judgements, she said.

“We are drinking from the fire hose at the moment,” she said, noting that the number of inquiries for funding have “not quite doubled.”

For more on the future of law, sign up for What’s Next.

Omni Bridgeway’s U.S. offices closed March 12, and the ability to jump on a quick Zoom video call with her team members and clients has helped to keep up with increased demand, she said. But Chock is also looking through resumes to add more legal counsel and potentially another investment manager to deal with what she expects will be a continued influx of inquiries.

She also has two sourcing consultants in the midst of the hiring process, which is now on hold since it’s difficult to bring on a new team member during a quarantine. In the meantime, she’s waiting to see if shelter in place orders will last two months or closer to six or eight. “I don’t think we can wait that long,” she said.

David Perla, Burford Capital’s co-chief operating officer, said that law firms have been especially responsive and also proactive about reaching out to ask about financing opportunities.

He said a law firm with a “phenomenal” Silicon Valley office that hasn’t used litigation finance in the past came to Burford in February. A prominent patent litigator from the firm wanted to make funding available for a client and find a way to de-risk the litigation in the current economic climate, because the firm was not prepared to take the case on contingency. “That’s a pretty typical example of the type of thing we’ve seen,” he said.

Buford’s law firm inquiries in March far outpaced February, and less than a quarter of the way into April, inquiries were tracking to be at least as high or higher than March, Perla said.

Now that shelter-in-place orders are requiring lawyers to work from home, it also might be easier for lit funders to pin down meetings with potential clients.

Last Wednesday, an Am Law 50 firm reached out to organize a meeting with Burford and the firm’s chief financial officer, chief operating officer and a partner on the executive committee to talk about how they can prepare if the economy gets worse. “You can imagine getting those four people in a room,” Perla said. But since there’s no hearings to rush to or planes to catch, they were able to schedule the meeting for the following Monday.

“There’s an ability for everyone to talk in a much more urgent matter, and everyone’s guard is a little bit more down and people can be direct,” Perla siad.“We could all see each other in our homes. There’s this sense we could relate to one another, we’re peers.”

An abundance of caution

Due diligence requires some extra steps to ensure collectability these days, as well. Omni Bridgeway is now considering the potential effects of COVID-19 on businesses and what public statements they have made.

Perla said COVID-19 has not affected Burford’s in-house due diligence operations, which he said is already considered among the most careful in the industry. So while it won’t change the due diligence strategy, it might change how Burford makes investments early in the process. For instance, changing the allocation of capital across different types of deals.

“We don’t want to take on new risks that might be misunderstood in this environment, but also, because we’ve got many billions invested in the market, we’re going to look carefully at what exposure we already have,” he said. “In light of our existing counterparties, we’re going to tweak the ratios in which we invest in those various strategies, risk portfolios and segments, versus what we might’ve thought back in December and January when we originally came up with our targets.”

While federal courts are continuing to issue orders, Chock is preparing for a backlog of cases and delays in state courts. For both current and future defendants, her team is adjusting out timelines for expected returns.

Burford’s average case duration from the time it deploys capital is about two years, Perla said, so it’s a little too early to tell how the virus could affect returns. “Extension of duration of litigation is not necessarily a bad thing depending on the case and how we priced it,” he said. In some cases, a counterparty bears duration risk—where Burford gets compensated more if the matter takes longer than was modeled—in some cases Burford bears the risk, and in others it is shared.

The aftermath of the pandemic might not be a boon for all litigation funders, however. J. Ross Wallin, co-founder and managing principal of Curiam Capital, said that he does not envy his startup counterparts right now. Although he doesn’t expect to see industry failures as a result of coronavirus, he suspects it could be different for a funder that’s just starting out. “It might slow new entry in the industry, which has been pretty robust for a while,” he said.

As Curiam continues to make investments at more or less the same rate it has in the past, he expects it will be the same for the firm’s more long-term competitors, which are similarly staffed by experienced lawyers who have weathered the economic environments in the wake of the 9/11 terrorist attacks and the Great Recession. “This is every bit of a significant event in my working lifetime, but it’s not the first time that lawyers who work at firms like ours have experienced what litigation is like in a distressed environment.”

Perla has heard from both law firms and counterparties that many finance companies are pulling back, because they don’t have their own committed capital, unlike Burford, which has a public balance sheet in addition to a relationship with a sovereign wealth fund. Some litigation funders that are backed by hedge funds or family offices are capital constrained and don’t want to put money toward what they consider to be an “esoteric” asset class, he said.

Chock has seen the phenomenon play out first hand. “We’ve already had a couple of deals come to us where the people had been in a deal with another funder, and then it didn’t close because of capital issues,” Chock said.

Webcast Date : Thursday, June 25, 2020 | Join ALM's upcoming webcast as The National Law Journal ranks the nation's largest 500 law firms with charts and insight on shifts over the past year. 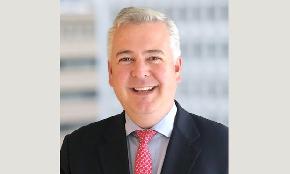 “I look forward to doing my part to help Robinhood reach even greater heights in serving its customers. I will miss WilmerHale, but I know I will stay close to all of my friends there,” Daniel Gallagher said. 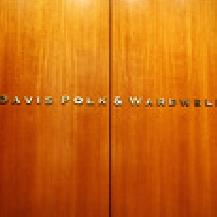 Davis Polk's contract came with a supplement that confronted issues involving conflicts of interest—any situation where the firm might continue to represent, or pick up a new client, with interests adverse to the U.S. Treasury Department.

A Check is Better than a Judgment! This Compelling Case Study of New World is a Quick Read, and a Primer on Best Practices, and Practical Guidance for Your Pending Matter...