Bruce Freed, co-founder of the Center for Political Accountability, cited “concerns in the role of dark money in making it possible for companies to get preferential treatment in any coronavirus-related rescue package."

In a proxy season marred by the COVID-19 pandemic, several shareholders are trying to convince companies that it’s more important than ever to fully disclose their political spending.

The Center for Political Accountability on Tuesday reported that four companies that rated poorly for disclosure and transparency last year have recently reached agreements to disclose political spending. As a result, the center said in its monthly newsletter, shareholder resolutions were being withdrawn.

Working with the center on the MGM and Monster proxy proposals were the Unitarian Universalist Association and activist shareholder John Chevedden. VF and Simon reached deals with New York State Comptroller Thomas DiNapoli.

A fifth company, insurance giant Allstate Corp. of suburban Chicago, has reached a partial agreement to “enhance” disclosure but has stopped short of pledging full transparency. An Allstate spokesman said Wednesday he could not immediately respond to a request for comment.

Most of the corporations’ general counsel did not immediately return messages. MGM’s John McManus responded, saying, “Sorry, as you can imagine we have a lot going on and we need more notice to respond on something like this. Perhaps if you write again on this topic we can weigh in.”

Bruce Freed, president and co-founder of the center, told Corporate Counsel it is more important than ever for companies to bring their spending into the sunlight. He cited “concerns in the role of dark money in making it possible for companies to get preferential treatment in any coronavirus-related rescue package. The environment makes transparency even more important to protect the integrity of the rescue package, and the government in general, going forward.”

This week’s four new agreements bring to 177 the total number of publicly held companies that have adopted such policies.

Freed explained, “We are finding that companies increasingly recognize now the importance of having strong transparency and accountability policies not only to protect them from pressure and a shakedown, but to also enhance their reputation.”

Freed’s organization has a standard proposal asking companies to produce semiannual reports on direct and indirect spending on politically related matters. The proposal also asks that the report include the identity of the recipient, the amount paid and the title of the corporate person or persons responsible for the decision.

In collaboration with the Wharton School at the University of Pennsylvania, the center annually produces the CPA-Zicklin Index to rate companies on their level of transparency and accountability.

The center also recently announced its collaboration with The Leadership Now Project, an organization of business and thought leaders who champion democracy. It was started by a group of Harvard Business School alumni.

Its founding principles include: “We must protect democracy while renewing it; facts and science matter; our economy should work for all today and for the future generations; diversity is an asset.” 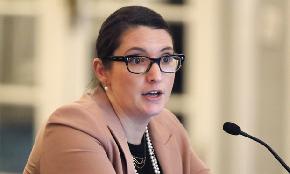 Lydia Wahlke was suspended in March and quit her job Thursday, but has agreed to act as an ad hoc consultant for the organization until Sept. 15, according to a statement from the Chicago-based federation. 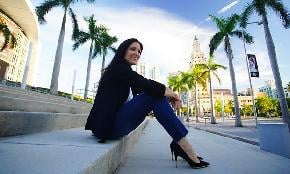 Vered Yakovee, who worked for the NBA team for about four years, alleges that she was fired for requesting maternity leave after she adopted a baby. She argued, unsuccessfully, that she was rushed into signing an arbitration agreement when she was hired. 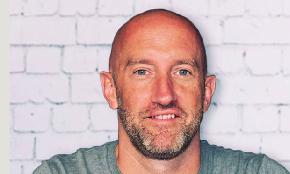 "The main reason for this drop is the fact that courts are raising their evidentiary expectations by demanding more robust evidence, including individualized back-end records of acceptance, declarations or affidavits from higher-level employees with technology backgrounds," Brian Powers, CEO of PactSafe, said in an interview with Corporate Counsel.