How PTO Might Use New Authority During COVID-19 Emergency

The CARES Act gives the PTO director authority to extend deadlines in patent prosecutions, trademark registrations and America Invents Act trials. But it's not clear yet if Andrei Iancu plans to use it.

The $2.5 trillion CARES Act signed into law by President Donald Trump on Friday to distribute coronavirus relief seemingly has something for everyone, including even the U.S. Patent and Trademark Office. The law gives Andrei Iancu, the director of the U.S. Patent and Trademark Office, the discretion to “toll, waive, adjust, or modify” any deadline established by the Patent Act, the America Invents Act and the Trademark Act during the period of national emergency (plus an extra two months). The director would merely have to declare that the COVID-19 emergency materially affects the functioning of the office; prejudices the right of applicants, registrants or patent owners; or prevents applicants, registrants or patent owners from filing a document or a fee with the office.

What prompted the PTO to ask for this, and how might it play out in practice? We asked Morgan, Lewis & Bockius partners Dion Bregman and Chris Halliday for their takes. Bregman practices patent prosecution and litigation and is the managing partner of Morgan Lewis’ Silicon Valley office. Halliday is a patent prosecutor in Philadelphia who counsels clients on strategic intellectual property issues in pharmaceutical, biotechnology, chemical, medical devices and food science areas.

Q: One of the first things that jumps out is this authority is discretionary. The director doesn’t necessarily have to invoke it.

Patent and trademark prosecution is very docketing heavy, it’s very deadline heavy. Most big firms have groups within firms that all they do is watch dates. The Patent Office has in the past suspended some of the rules they’ve had for deadlines. Michelle Lee, one of the previous directors of the Patent Office, used a provision of the Patent Act, which I think was 35 U.S.C. 21(b). The Patent Office had some power outages, and she declared those days federal holidays basically and pushed those deadlines out. She got a little bit of criticism for it.

There is a different provision, 35 U.S.C. 21(a), which says that the director can set dates for things that are deposited at the Patent Office. There is a provision for the director pushing off dates [in an emergency].

I suspect the office was reluctant to do that. In the last couple of weeks, they’ve put up two notices: One, we don’t want anyone to come visit us at the Patent Office for any reason. Often people will go interview examiners and meet with them in person, and they said stop doing that. And then the second thing they said was that if you miss a deadline, and it’s something you can revive [by law], you can file a petition to revive, and we’re not going to charge you a fee for that.

But they haven’t come out and said, based on the pandemic, we’re going to push all deadlines out for example by a month. They were not prepared to do that. And I think this part of the CARES Act is just providing the director with the discretion to promulgate some rules or notices that would allow the deadlines to be pushed out.

Chris Halliday (CH): It’s really business as usual unless and until the director decides to do something, in which case then subpart b, the public notice function, kicks in. So if the director determines that tolling is appropriate, he shall publish publicly a notice to [that] effect. Odds are the usual places: first in the federal register, and/or on the PTO website.

Q: Is there a corresponding provision for copyrights?

CH: What is not getting press is Section 19011, which governs copyrights. So it’s kind of weird that you have patents and trademarks in one section, and then in a whole other section, buried at the bottom, you have copyrights. Which probably the copyright attorneys are like, “Typical!”

DB: My guess would be that the Patent and Trademark Office are pushing their language, and then the Library of Congress, which sort of deals with copyrights, was not quite as active.

Q: Going back to patents, what might trigger the director to invoke this new authority?

CH: Right now, given the nature of electronic filings, he’s probably taking a look to see who’s complaining and where the hot spots are, if any.

DB: Bear in mind, he can only change deadlines that are in the U.S. Patent Act. Most patent practitioners and trademark practitioners, they don’t only deal with filings only in the U.S. They deal with filings overseas, in other jurisdictions, and the U.S. is a signatory of many treaties. The two most relevant ones are the Paris Convention and the Patent Cooperation Treaty. He can’t change any of those deadlines.

Q: What types of deadlines could be affected?

DB: For the most part they would be like office action response deadlines, appeal deadlines. If the director were inclined to do something, what he might do is just say, “All deadlines that fall within March 31 until May 1 are gonna be pushed out a month,” for example. We’re going to watch the federal register and the patent office website very carefully to see what the director plans to do.

CH: As Dion mentioned, the Patent Office doesn’t want people coming in any more for interviews. Interviews typically let folks push cases to allowance or make decisions based on what they hear from the interviews. … So you can see that if this little bit of bottleneck was due to that emergency, then you could say, well, OK, we’re going to push all that out.

DB: They have a dashboard and they constantly track things for quality purposes, such as how quickly people are responding to things, how many extensions of time people are taking, and whether any deadlines are being missed and people are filing petitions. I suspect what they’ll do is if they see that needle rising up on any of those particular issues, that will get the attention of the director to step in. I also would not be surprised if he just comes in and gives a blanket one-month extension for the major deadlines that come up in patent and trademark prosecution.

Q: How about AIA proceedings? There’s already a provision in the law to add six months to the overall deadline for good cause. Is it less likely that they’ll need to invoke the emergency power here?

DB: I don’t think it’s going to affect AIA trials, to be honest. Ninety-nine percent of the trials occur between parties. There’s nothing that the board needs to do in person until the ultimate hearing, which occurs typically at 18 months from the filing date of the petition. I’ve argued maybe 50 or 60 of those. Almost every single one had at least one or two of the three judges [participating by] remote, who aren’t even in the courtroom in the patent office. So I don’t think it would be a big deal for them just to make those hearings all be remote. Of course, it would require some extra technology, like WebEx, that they’re not currently using. But I don’t think it will create too much turmoil at the PTAB.

Q: Do you think patent owners would consider this authority a positive or a negative? It sounds like this would mean a longer wait times to obtain a patent and maybe even for resolving AIA challenges. But on the other hand, the patent owners might benefit from the extended deadlines.

DB: I think we’re going to see a hiccup for two months until everyone figures out how to do things electronically. But other than that I don’t see there’s going to be much of a slowdown. The process is so long to begin with. It normally takes two or three years to get a patent allowed. The patent office is being very good at trying to bring down pendency to more reasonable numbers. They’ve been working hard at that, and I think they’ll continue to do that. So a little two-month hiccup in there I don’t think is going to have a major impact.

Scott Graham focuses on intellectual property and the U.S. Court of Appeals for the Federal Circuit. He writes ALM's Skilled in the Art IP briefing. Contact him at sgraham@alm.com. 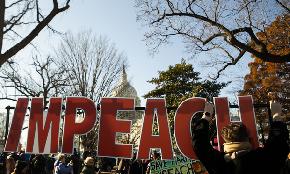 Thousands of U.S. law firms, including several directly affiliated with President Donald Trump, received at least $150,000, or millions of dollars in some cases, from the federal government's coronavirus loan program. 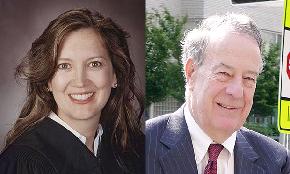 Over the dissents of four judges, the appellate court declined to make any changes to Arthrex v. Smith & Nephew. The decision leaves administrative patent judges with less job protection, and makes up to 81 cases eligible for new hearings.