The U.S. attorney in St. Louis was a leading Husch Blackwell partner up until his confirmation in 2017. In one case in private practice, Jensen was on a defense team that alleged FBI misconduct.

By Mike Scarcella | February 18, 2020 at 10:53 AM | The original version of this story was published on The National Law Journal
X

Before Jeffrey Jensen was a corporate compliance partner at Husch Blackwell in Missouri, he was an FBI agent—at one time serving on a SWAT team. Even earlier he was an accountant at PricewaterhouseCoopers. 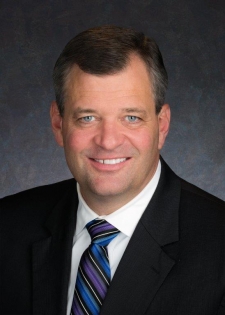 “I definitely zigzagged. I started out as a CPA, because at the time I graduated from college, that was the most likely area to find employment,” Jensen, now the Senate-confirmed U.S. attorney in the Eastern District of Missouri, told St. Louis Magazine last year. “But then the FBI was hiring accountants, because of the savings and loan failures of the late 1980s, and I’d always wanted to be in the FBI.”