Disbarred Lawyer on the Lam After Mother Found Dead

Attorney Richard Merritt was supposed to report to jail Friday to begin serving a 15-year sentence for defrauding former clients. 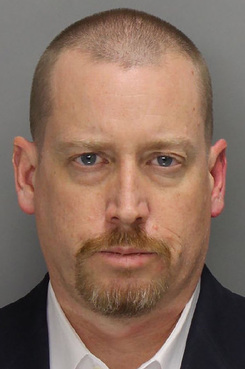 Disbarred attorney Richard V. Merritt, 44, who pleaded guilty to multiple felonies last month and was to report to jail Friday afternoon, is apparently on the run after his mother was found stabbed to death Saturday morning in Stone Mountain.

Shirley Merritt, 77, was found dead at her Planters Row home, which court filings indicate was used to secure Merritt’s $440,220 bond.